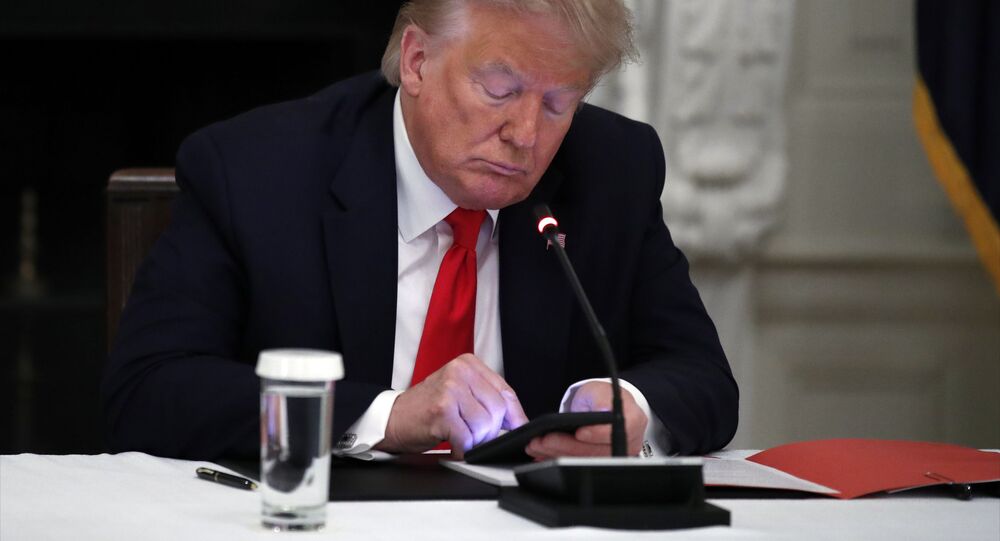 Media reports claimed Saturday that the former US president might have signaled a return to social media, as a post was shared by "Donald Trump" on Gab.

The post included the letter issued by the Trump defense team to the lead impeachment manager Jamie Raskin on Wednesday, in which they said Trump was being subjected to an unconstitutional legal process.

"Your letter only confirms what is known to everyone: you cannot prove your allegations against the 45th President of the United States, who is now a private citizen," attorneys David Schoen and Bruce Castor wrote in the letter.

Trump was permanently locked out from Twitter following the January 6 Capitol riot, when his supporters stormed the complex in a bid to prevent Congress from certifying President-elect Joe Biden's victory. As a follow-up, Facebook and Google’s YouTube have all suspended Trump from their platforms.

Trump's ban on social media sparked a lot of concern from netizens about the powerful reach of online platforms, as it turns out they can ban practically anybody, even a president. It also triggered an influx of downloads for other social media apps, including Telegram. The latter has become one of the few places where the embattled Trump still has an official presence.

In the wake of the events, lawmakers on both sides accused Trump of provoking violence, calling either to oust him by invoking the 25th amendment, or by initiating the process of impeachment. On 13 January, the House impeached Trump for "incitement of insurrection".

Trump engaged in an unprecedented war with the media during his tenure as president, accusing them of biased coverage. In October 2019, the 45th US president canceled subscriptions to two prominent newspapers over what he believed was their "corrupt" news coverage. During his continuous spats with the media, Trump turned to Twitter to bypass the news outlets and communicate directly with the nation.

The term "fake news" became an epithet for misinformation worldwide and even entered the English dictionary in 2017, largely because of Trump.