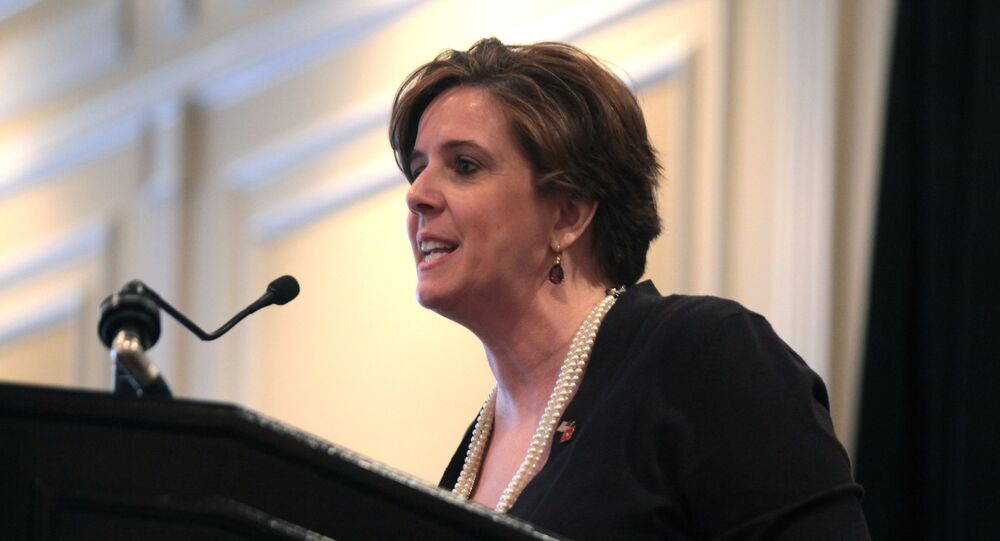 Allegations against Lincoln Project co-founder John Weaver of sexual misconduct towards a score of young men had been swirling for weeks before more young men — and a 14-year-old boy — came forward to say they had received sexually-inappropriate messages from him.

The US "never-Trumper" Lincoln Project has continued to tear itself apart with its co-founder quitting over sexual harassment claims and alleged money rows.

Jennifer Horn announced on Saturday she was leaving the political action committee (PAC) she helped found in opposition to fellow Republican former president Donald Trump. She blamed fellow co-founder John Weaver, who has been accused by 21 young men of offering them work at the PAC in return for sex, and who reportedly sent sexually inappropriate texts messages to one 14-year-old boy.

“Upon careful consideration, I have terminated my relationship with the Lincoln Project, effective immediately,” she told the New York Times.

“John Weaver’s grotesque and inappropriate behavior, coupled with his long-standing deceptions concerning that behavior, are sickening,” Horn said. “It is clear at this point that my views about how the Lincoln Project’s efforts are managed, and the best way to move the Lincoln Project forward into the future in the wake of these awful events, have diverged.”

But the Lincoln Project claimed Horn's resignation was really due to their refusal to meet her exorbitant salary demands — while they dramatically claimed they were "under attack from the Trump Organisation and their propaganda allies".

Like Horn, 61-year-old Weaver is a veteran Republican campaigner. He worked on late Arizona senator John McCain's unsuccessful campaigns for the party's presidential nomination in 2000 and again in 2007, until McCain forced him out over excessive spending coupled with poor fund-raising.

© Photo : YouTube/NBC News
21 Men Accuse Lincoln Project 'Predator' Co-Founder of Sending 'Innapropriate' Sexual Messages
​There was little love lost between McCain and Trump, who un-named sources claimed did not want to give the late senator a state funeral in 2018. McCain's widow Cindy openly campaigned against Trump in favour of Democrat Joe Biden in last year's election along who Trump dubbed "Republicans In Name Only" or RINOs.

Weaver also worked for Ohio governor John Kasich's 2016 Republican primary campaign, at one point saying its main aim was to knock former Florida governor Jeb Bush out of the race.

Weaver, who has a wife and two children, reportedly left the Lincoln Project last summer after another founding executive, Steve Schmidt, said he had been hospitalised with what was later reported as a heart attack.

The saga has only fuelled beliefs among some Trump supporters that his opponents — from Hillary Clinton to Biden to Black Lives Matter leaders — are part of a conspiracy of paedophiles.