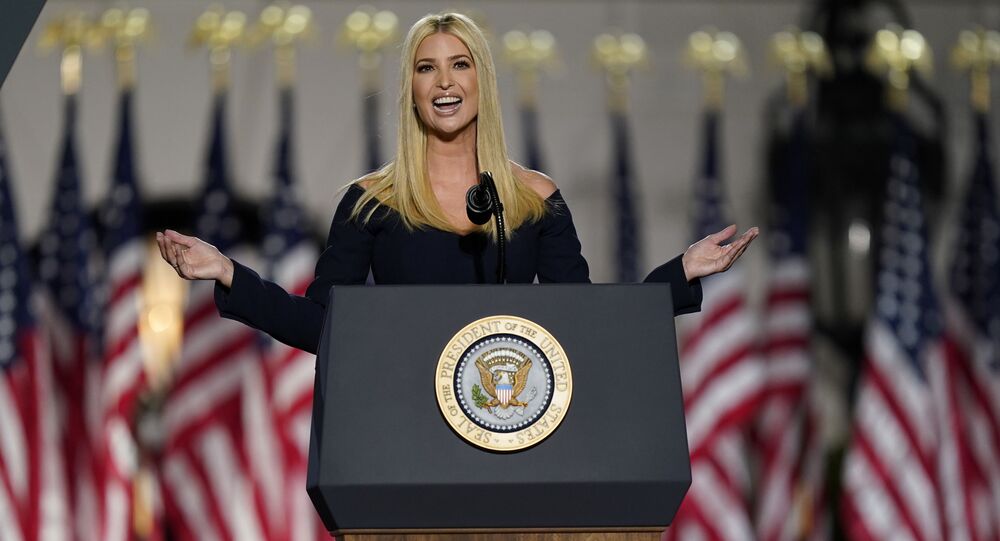 Media outlets previously suggested that Ivanka may continue her career in Florida, where she allegedly plans to run for the Senate. The southeastern state voted for Donald Trump in the 2016 and 2020 presidential elections.

Ivanka Trump will make criminal justice reform one of the top priorities of her political campaign as the former first daughter is plotting a comeback, Axios reported citing a source close to Ivanka.

"It would not be surprising if it's among the causes she champions in her next chapter", the source told told Axios.

US media outlets previously reported that Ivanka, who worked as a presidential adviser, helped her father in creating the list of pardons issued on the last day of Trump's presidency. She and her husband Jared Kushner also championed criminal justice reforms and worked with non-governmental organisations in order to secure the early release of some inmates.

In particular, the couple promoted the First Step Act, a 2018 bipartisan bill aimed at improving conditions in federal prisons and reforming sentencing laws, which in the words of Donald Trump, gives "nonviolent offenders the chance to reenter society" as productive citizens.

Ivanka also worked with #Cut50, a bipartisan effort aimed at reducing the prison population. Some of the individuals she lobbied for include:

According to Mark Holden, chairman of the board of Americans for Prosperity, Ivanka has been involved in criminal justice issues "for a long time", going back to the First Step Act.

"It's great if she could continue doing it…We need all the help we can get", Holden said.

It appears that for Ivanka criminal justice reform is a personal issue as her father-in-law Charles Kushner was convicted of illegal campaign contributions and tax evasion. The real estate developer was sentenced to two years in prison in 2005. He was disbarred in three states, but Donald Trump granted him a full pardon at the end of December 2020.

It's unclear what Trump's eldest daughter plans to pursue as the media reported that she may run for president in 2024 or for the Senate in 2022. Republican operatives close to the Trump family previously told Politico that Ivanka's husband, Jared Kushner is beefing up support for her candidacy in Florida.

"He's calling people and trying to line them up saying [Senator Marco] Rubio is terrible, worthless, he's probably going to lose, Ivanka is going to go there and we should all get together and pledge our support to her and get her to run", a source told Politico.

Whatever the case, it seems that the Trump family will return to the political arena. The former president himself signalled that he will return in some way.

"We're trying to do another four years. Otherwise, I'll see you in four years", the Republican told reporters during a holiday reception at the White House in December 2020.