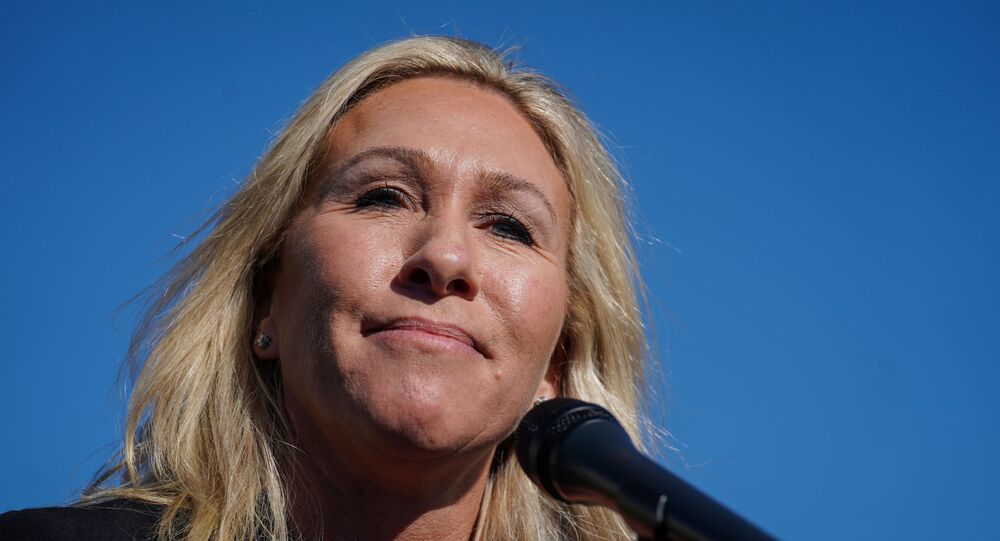 With a 230-199 vote in the US House of Representatives, Rep. Marjorie Taylor Greene (R-GA) was officially stripped of her committee assignments late Thursday in the wake of incendiary comments she made. Eleven Republicans sided with Democrats in the removal decision.

In her first statements following the vote, Greene told reporters on Friday that the House’s decision to remove her from committee posts effectively liberated her so that she could build a political network aimed at supporting her stances and those of the Republican Party.

Greene’s remarks were made during a 20-minute news conference set up near the US Capitol that was riddled with the freshman congresswoman’s beliefs that the media was at fault for the public’s negative view of her and that the government is acting “tyrannical,” among other topics.

“Going forward, I’ve been freed,” she said of being removed from both the House Education and Labor Committee and the Budget Committee. “I'm fine with being kicked off of my committees because it would be a waste of my time.”

“Now I have a lot of free time on my hands, which means I can talk to a whole lot more people all over this country. I can talk to more people and make connections and build a huge amount of support that I've already got started with people who want to put America first,” she continued, noting that individuals she’s spoken with “don't care about the party lines and don’t care about any of the political identities involved.”

The Georgia congresswoman added that by lawmakers voting in favor of removing her from committee assignments, they also “stripped my district of their voice, they stripped my voters of having representation to work for them.”

Greene, who also indicated that she ran for her congressional job because she does not “respect what our government has become,” told reporters that, moving forward, she would also be focusing her attention on voting “very conservative” in the chamber.

Hours before the Capitol appearance, Greene took to Twitter and referred to the Democrats and the 11 Republicans who crossed party lines for the vote as a “bunch of morons … for giving some one [sic] like me free time.”

The vote against Greene was taken up after House Minority Leader Kevin McCarthy (R-CA) decided to condemn Greene’s past remarks, but refused to take action against the newly-installed Republican.

Greene came under the spotlight for her history of promoting QAnon conspiracy theories and endorsing violence against Democrats before officially taking office. Some of the voiced theories by Greene included beliefs that school shootings were staged by supporters of gun control, the 9/11 terrorist attacks were orchestrated by the government, and that the California wildfires were set by a space laser.

Ahead of the Thursday vote, the lawmaker did renounce some of the conspiracy theories she promoted during a speech on the House floor; however, she also took the time to lash out against the media and Democrats. While Greene did not formally apologize for her past incendiary comments, she did issue an apology during the Friday media appearance when asked by a reporter. Greene did not offer an explanation as to why she failed to apologize during the Thursday speech.