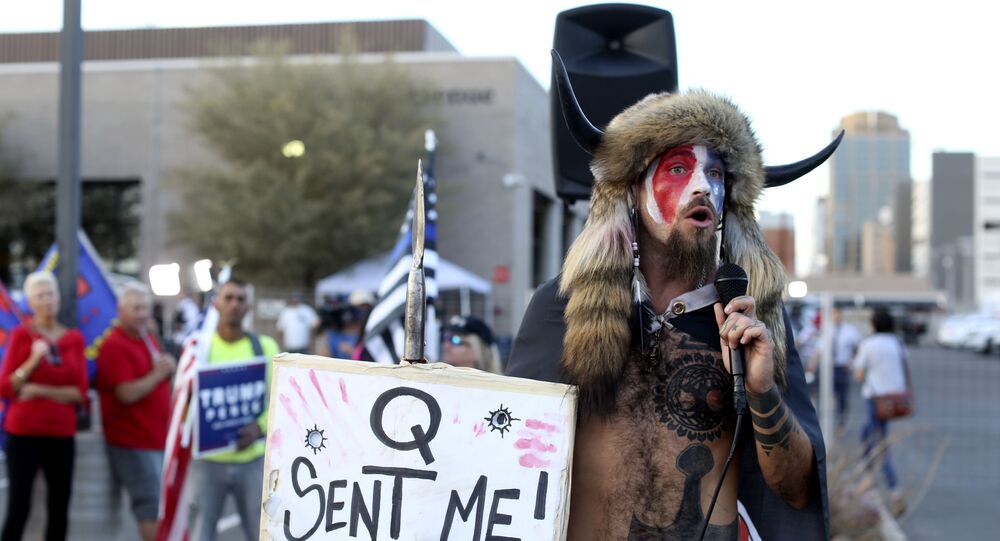 Jacob Chansley, better known as the so-called “QAnon Shaman,” recently went on a hunger strike after the Washington, DC, jail he was initially transferred to failed to provide him with food that was consistent with his shamanic diet.

Chansley, a 33-year-old resident of Arizona, was transferred to the Alexandria Detention Center in Virginia on Thursday after a federal judge ruled that his jailers must adhere to the Capitol rioter’s dietary restrictions.

The relocation was prompted after the US Marshal Service informed US District Judge Royce C. Lamberth that the District of Columbia Department of Correction (DCDOC) was requesting that Chansley be moved to another facility because the agency was unable to honor the court’s order to provide the rioter with his organic diet.

According to the Associated Press, upon being informed of the development, Lamberth indicated that the Alexandria facility would be able to accommodate the specified diet.

Lamberth’s Wednesday order for the DCDOC to provide Chansley with organic food came hours after the Al Watkins, the horn-toting, self-avowed shaman’s lawyer, submitted an emergency motion that detailed his client was withering away because he was not being given food that aligned with his diet.

Watkins claimed in the legal filing that in the several days Chansley refused to eat, he reportedly lost more than 20 pounds. He also wrote in the motion that if his client was forced to eat non-organic food it “would act as an ‘object intrusion’ onto his body and cause serious illness if he were to eat it.”

Although lawyers for the DCDOC argued that they found no evidence that an organic diet was a “tenet” of shamanism, Lamberth ultimately deferred to an earlier ruling on Chansley’s diet that determined a facility must adhere to the Arizona man’s organic diet while he remains in custody.

Chansley has remained in custody since his arrest in Arizona in early January. He is presently charged with civil disorder, obstruction of an official proceeding and entering and remaining in a restricted building, among other violations.