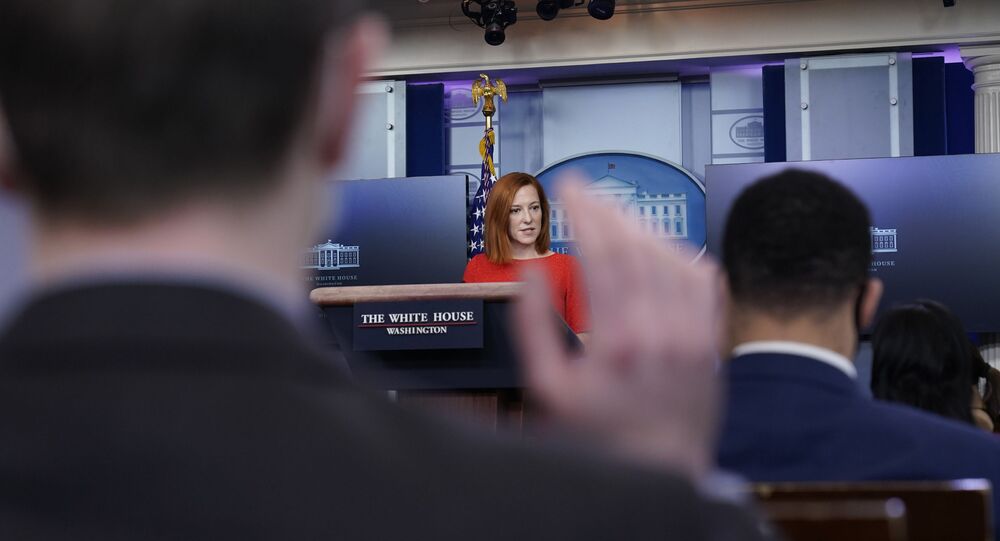 WASHINGTON (Sputnik) - The United States will reciprocate in kind if Iran resumes its compliance with the nuclear deal, which may serve as a platform for further negotiations, White House spokeswoman Jen Psaki told reporters on Friday.

“It’s really up to Iran. If Iran comes back into full compliance with the obligations under the JCPOA, the Iran nuclear deal... the United States would do the same and then use it as a platform to build a longer and a stronger agreement that also addresses other areas of concern,” Psaki said during a daily briefing.

She confirmed media reports that the National Security Council would be holding on Friday an interagency policy meeting on the Middle East, including Iran.

“It’s focus is broadly on the Middle East. I am sure Iran will be a part of the discussion as it’s an important issue, an important priority for the president and many of our partners and allies around the world,” Psaki said.

“But this is not a decisional meeting. It’s not a meeting where policy will be concluded. And it’s not a meeting the President of the United States will be attending. This is a normal part of the interagency policy process, just as there are meetings about immigration, criminal justice, the economy every single day across government."

Biden has vowed to return the United States to the 2015 agreement with Iran, abandoned by his predecessor Donald Trump, but also calls for negotiating a broader agreement that would cover outstanding issues, like Iran’s missile program or its clientele across the Middle East.

Psaki said that broad consultations with Congress and US partners will preempt any Biden administration decisions regarding Iran.

Joe Biden, has expressed readiness to rejoin the deal should Iran return to full compliance. Tehran responded by saying that talks with the US were not on the agenda, while the JCPOA’s fate depended on Washington's actions, including, in the first place, the scrapping of sanctions.

According to Iranian Foreign Minister Javad Zarif, EU foreign policy chief Josep Borrell could play a coordinating role in establishing the Iran-US dialogue on returning to the nuclear deal. Zarif told CNN on Monday that Iran gave the EU until February 21 to negotiate a way of lifting sanctions on its banking and financial sectors. He added that a "very easy way" would be to make the United States come back into compliance with the nuclear deal.

The @CIJ_ICJ just dismissed all US preliminary objections in the case brought by Iran over unlawful US sanctions.

Iran has always fully respected int'l law. High time for the US to live up to 𝙞𝙩𝙨 int'l obligations.

Iranian Foreign Ministry also stated that the country needs to feel the effects of the termination of sanctions, including those that target the oil sector. Khatibzadeh added that Tehran would positively react if Washington makes changes to its policy on the Iranian nuclear deal.

After US then-President Donald Trump pulled Washington out of the multilateral accord in 2018 and teinstated sanctions on Tehran as part of a “maximum pressure campaign,” Tehran started to gradually abandon its commitments under the agreemtn.

In December 2020, the Iranian government passed a law aimed at achieving a full removal of sanctions via a boost of nuclear activities, specifically by increasing the levels of uranium enrichment and limiting the access of the International Atomic Energy Agency to its facilities.