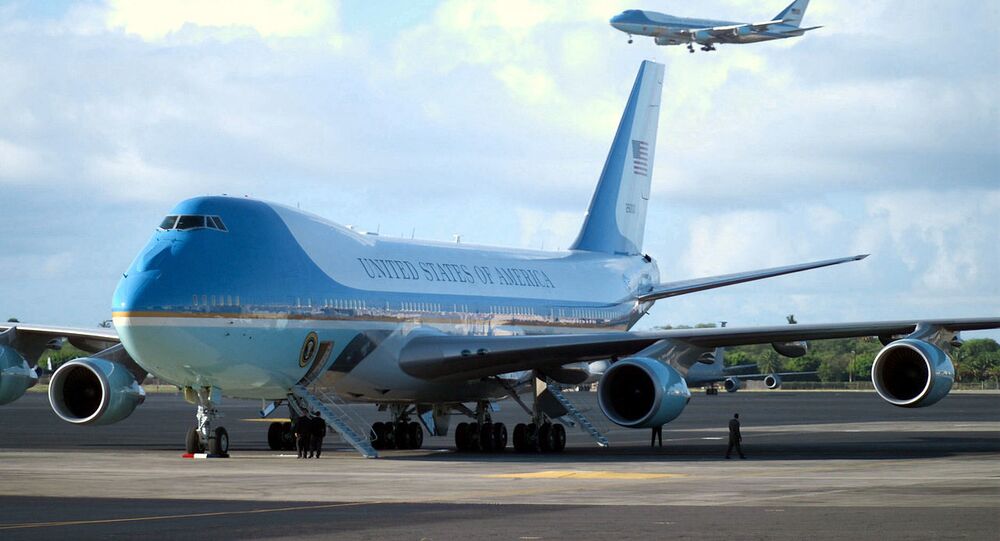 Two heavily modified Boeing 747-200B aircraft currently serve as the airplanes that carry US presidents in their travels. They allow the commander-in-chief to communicate with government agencies and the military while in the air using satellite communications should the necessity arise.

The US Air Force is probing an incident that happened at Joint Base Andrews and involved an unidentified person trespassing on the military base that operates the fleet of Air Force One – the airplanes that carry the US president around the world, ABC News reported citing a statement obtained from the base's spokesperson.

The Office of Special Investigations did not comment on the probe. Neither the OSI, nor authorities at Joint Base Andrews elaborated on whether the intruder could have reached any aircraft or if any of the Air Force One planes was at the base at the time of the incident.

Exosonic
Photo: Plans for Supersonic Air Force One Fly Ahead Even Before New 747s Delivered

Currently two heavily modified Boeing 747-200B aircraft, dubbed Boeing VC-25A, serve as Air Force One. These planes were modified to meet the high security standards, while fitting them with advanced communications equipment to allow the commander-in-chief to always be on the line with other US officials and the country's military.

In 2015, the US Air Force announced that the VC-25As will be replaced with modified Boeing 747-8s as maintenance of the existing planes becomes less and less cost effective. In addition, the Air Force announced in 2020 that it had signed a contract to manufacture a fleet of supersonic aircraft that will also be used as Air Force One.