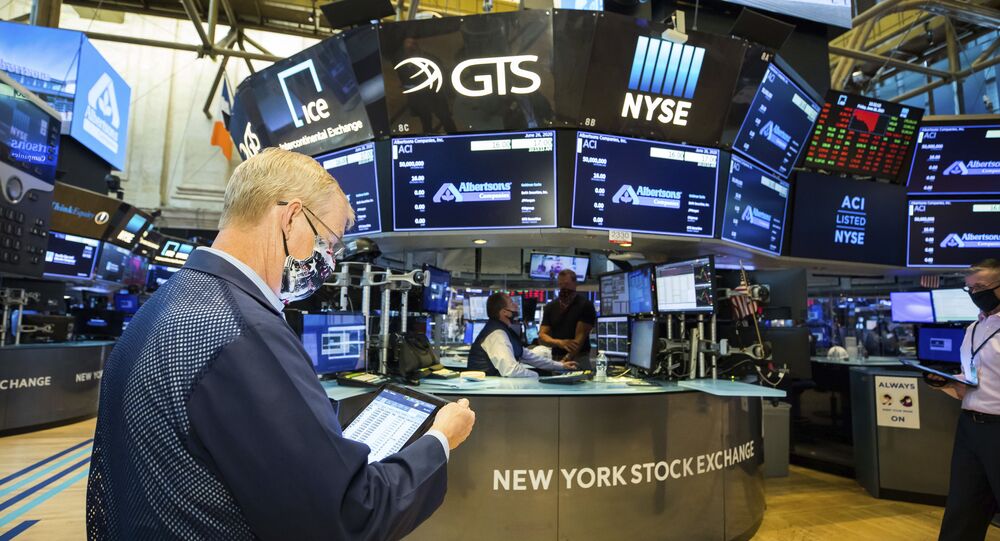 The app previously provoked a wave of outrage from users by restricting the buying of GameStop stocks, claiming the price spike was creating "unreasonable risk".

Robinhood on Thursday said it has cancelled temporary trading restrictions on all stocks, including GameStop Corp and AMC Entertainment Holdings Inc. The trading limit on GameStop's shares was earlier set at 500, while the cap for AMC was 5,500 shares.

The brokerage app sparked the fury of many users and plummeted in ratings in January after it banned people from buying stocks from certain companies purchased en-masse by numerous netizens in an attempt to punish big hedge funds that placed their bets against those said companies.

According to the company's co-founder, Vladimir Tenev, Robinhood had to make this decision due to pressure from the National Securities Clearing Corporation (NSCC), an organisation that settles stock trades between brokers.

The stock frenzy that prompted the restrictions by Robinhood originally gained momentum on the r/wallstreetbets subreddit. A call to buy and hold GameStop stocks resulted in a massive spike to nearly $500 a share, while the price at the start of the year was roughly $19. This activity by small traders cost large hedge funds betting that stocks of the video game retailer would drop some $70 billion.

After trading was restricted and in some cases users' stock portfolios very forcibly sold by the app, angry netizens pressed forward with a class-action lawsuit against Robinhood and ruined its rating, forcing Google to remove at least 100,000 bad reviews.