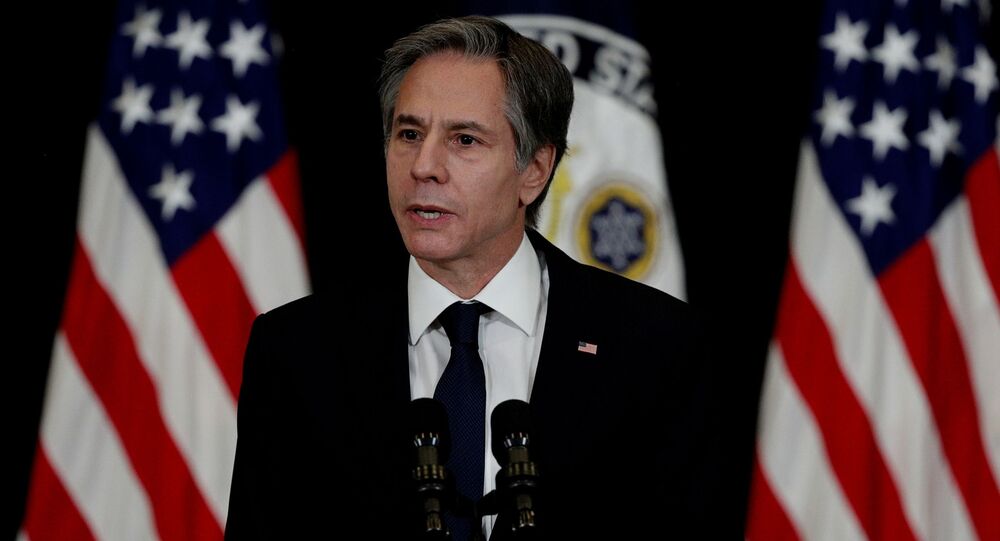 "Secretary Blinken and Minister Lavrov discussed the New START extension and the need for new arms control that addresses all of Russia’s nuclear weapons and the growing threat from China," Price said in a statement after the call.

Earlier, the US and Russia agreed to extend the New START agreement for 5 more years without any renegotiation of its terms. The treaty is now set to expire on February 5, 2026.

The agreement has been in effect since 2011 and was set to expire on February 5. It remains the only arms control agreement between the two countries which own the largest nuclear capacity. The New START implies that each side would gradually reduce its nuclear arsenal to a total of 700 rockets, 1,550 warheads, and 800 launchers.

The Trump administration long sought the drafting of a new arms control treaty that would also include China or revising the existing one to include new provisions, such as a verification mechanism.

The conversation also featured other international topics, in particular, assistance to a peaceful settlement in Syria and Libya, as well as the situation in Ukraine, it said. Lavrov reminded Blinken about Russia's proposals for joint statements on the inadmissibility of nuclear war and on non-interference in each other's internal affairs, the ministry said.

The diplomats also spoke in favor of cooperation in the fight against COVID-19.

Lavrov told Blinken that he was ready for a constructive dialogue on a wide range of topics. The diplomats agreed to maintain permanent working contacts, the foreign ministry said.

Russia is Not Ready to Take Into Consideration US Statements on Rallies, Kremlin Says