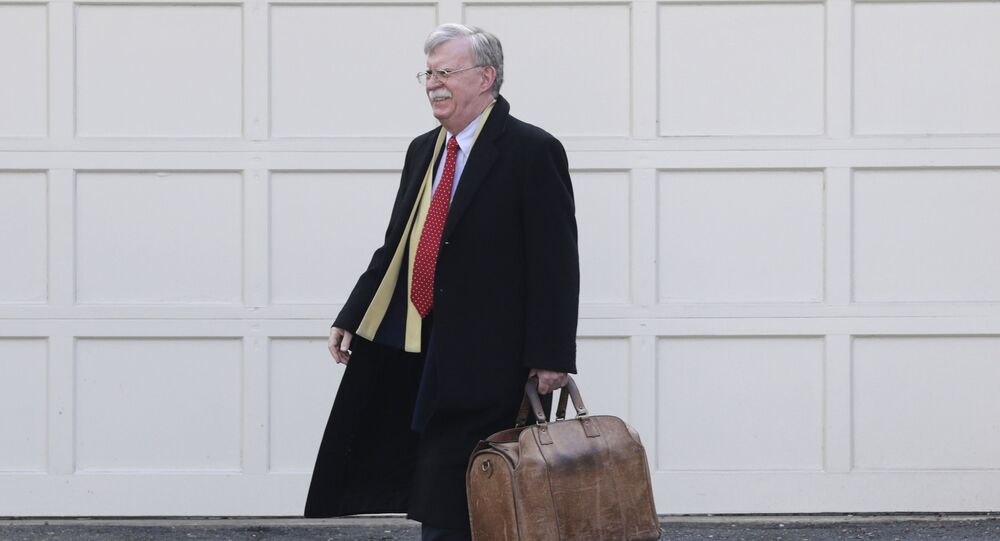 Although Liz Cheney fended off threats to her leadership role in the House GOP, some of her party colleagues still view her support for Donald Trump’s censure as a betrayal.

Former National Security Adviser John Bolton believes the Republican Party has managed to avoid a disaster by voting to keep Congresswoman Liz Cheney in her post of House Republican Conference chair, despite pressure on her to resign following her vote to impeach Donald Trump.

Donald Trump’s former aide took to Twitter after the House Republicans voted 145 to 61 against a motion demanding that Cheney step down.

"I'm pleased @Liz_Cheney will retain her leadership post & the GOP will avert a disaster", Bolton said on Thursday, stressing that "we can't follow those who shout the loudest or stage angry rallies for attention”.

“Attacks against Republicans simply based on their disagreements about Trump must end", the ex-aide, who had earlier parted ways with Trump as a result of misunderstandings on certain foreign policies, asserted.

Former vice president Dick Cheney’s daughter, who represents Wyoming's at-large congressional district, had earlier been pressed by some party colleagues to resign after she became one of ten Republicans to vote in favour of Trump’s impeachment.

She is not the only one to have faced criticism over her decision.

According to him, everyone eventually turned his back on him, including family and friends.

“Look it’s really difficult. I mean, all of a sudden imagine everybody that supported you, or so it seems that way, your friends, your family, has turned against you. They think you're selling out”, Kinzinger said.

Commenting on the recent meeting between Trump and House Minority Leader Kevin McCarthy at Trump's Mar-a-Lago estate in Florida, he expressed his frustration about the GOP’s perspective amid reports that Trump has recently been trying to restore trust among Republicans.

According to earlier reports, Trump was making inquiries of ten members of the Republican Party who joined the Democrats to vote for his second impeachment on 13 January.

He reportedly met with his political advisers shortly after the vote and demanded to know the names of the party members involved and whether he had ever done anything for them.

On 13 January, the lower chamber voted to impeach Trump for the second time following accusations that he “incited an insurrection” at the Capitol on 6 January, when crowds of his supporters besieged the seat of Congress. The Senate is due to start the post-impeachment trial proceedings on 9 February.

The chance that Trump will be convicted in the Senate seems slim, as 17 Republicans would have to join all 50 Democrats in voting for the conviction. Rep. Jamie Raskin (R-MD), the lead impeachment manager, requested the former US president on Thursday to "provide testimony under oath, either before or during the Senate impeachment trial" and then present said "testimony (of course including cross-examination) as early as Monday, 8 February 2021, and no later than Thursday, 11 February 2021". In his Tuesday filing, the former president "denied many factual allegations set forth in the article of impeachment".