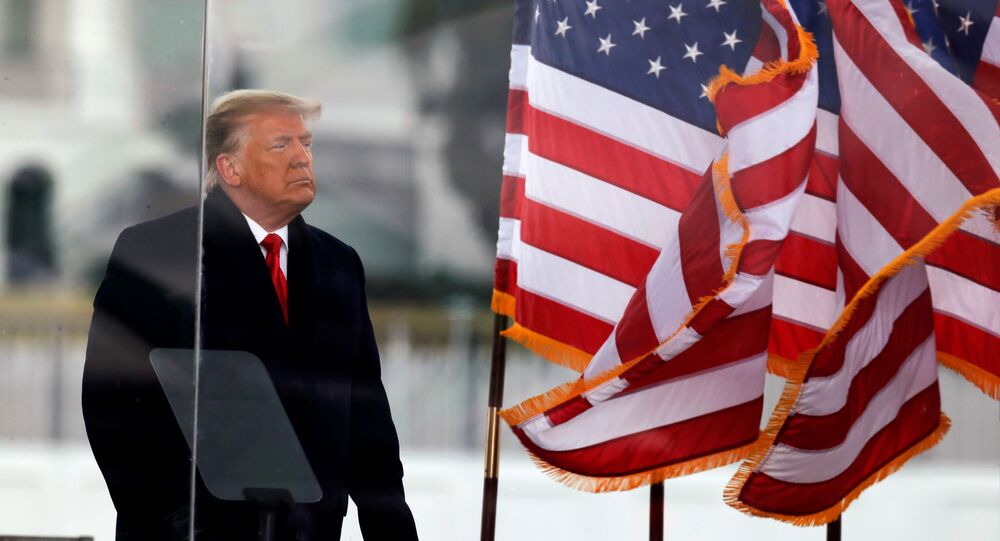 The Senate impeachment trial is slated to begin February 9. Former US President Donald Trump stands accused of inciting a mob of political supporters who then stormed the US Capitol building on January 6.

Rep. Jamie Raskin (D-MD), the lead impeachment manager, issued a memo to Trump on Thursday, requesting the former US president "provide testimony under oath, either before or during the Senate impeachment trial" and then present said "testimony (of course including cross-examination) as early as Monday, February 8, 2021, and no later than Thursday, February 11, 2021."

NEW: Lead House impeachment manager just sent letter to Donald Trump asking him to testify under oath either before or during his impeachment trial. pic.twitter.com/Gs4V7bQm8Q

The request comes as a follow-up to Trump's Tuesday filing in which he "denied many factual allegations set forth in the article of impeachment."

"You have thus attempted to put critical facts at issue notwithstanding the clear and overwhelming evidence of your constitutional offense," Raskin wrote.

The letter highlighted that US Presidents Gerald Ford and Bill Clinton both provided testimony while holding office. Furthermore, the 2020 Supreme Court opinion in Trump v. Vance highlighted that neither Article II of the Constitution nor Article VI's Supremacy Clause safeguards a sitting president.

"Indeed whereas a sitting President might raise concerns about distraction from their official duties, that concern is obviously inapplicable here," the lead impeachment manager wrote. "We therefore anticipate your availability to testify."

In the event that Trump declines the invitation, prosecutors "reserve any and all rights, including the right to establish aat trial that your refusal to testify supports a strong adverse inference regarding your actions (and inaction) on January 6, 2021."

Yellowstone Volcanoes Have Been Around For at Least 50 Mn Years, Scientists Say