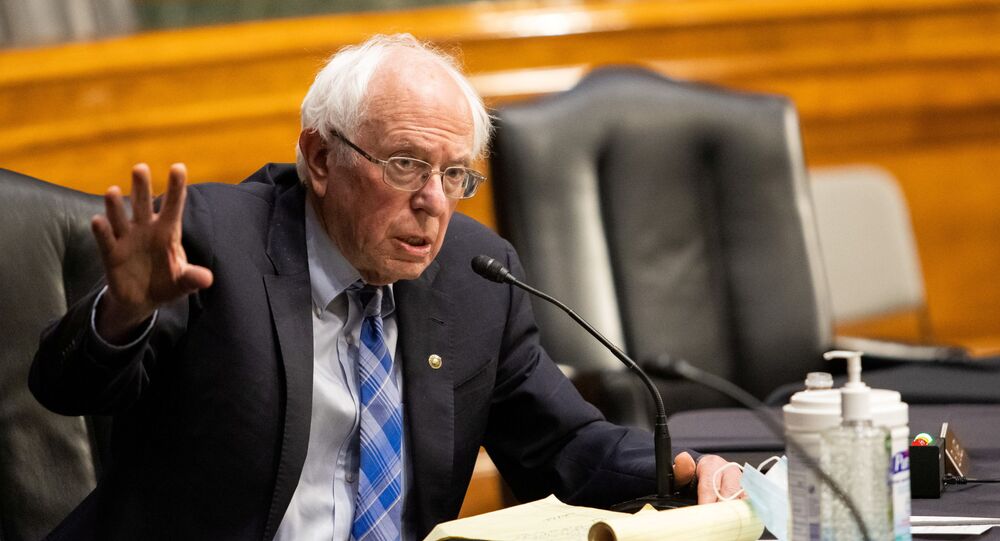 Sanders Reshuffles His Staff as He Reportedly Abandons Hopes for Presidency

After two unsuccessful attempts for the presidency in 2016 and 2020, the Vermont senator appears to have come to terms with the fact that he will not win the office, according to media sources.

Vermont Senator Bernie Sanders' office is undergoing a reshuffle as many of his long-time staffers are either changing their posts or leaving the liberal politican for good, while his campaign aides secure some of the top positions, Politico reported citing three anonymous sources familiar with the process.

© AFP 2021 / Brendan Smialowski
Former presidential candidate, Senator Bernie Sanders (D-Vermont) sits in the bleachers on Capitol Hill before Joe Biden is sworn in as the 46th US President

Director of Sanders' campaign committee, Misty Rebik, will reportedly hold the post of the senator's chief of staff, while his deputy campaign manager from 2020, Ari Rabin-Havt, will be Sanders' legislative director, according to the media. The senator has also reportedly hired some new faces, namely the deputy chief of staff of another lawmaker, Bill Dauster, who will become Sanders' chief counsel for the Budget Committee. Misty Rebik confirmed in a statement that changes are taking place in the Vermont senator's office.

"As Senator Sanders takes on the new responsibilities of incoming chairman of the Budget committee, our office is excited to be bringing on new staff to help us advance the senator's agenda in the new Congress", Sanders' new reported chief of staff said.

Politico's sources said that some of the departing staffers simply decided it was time to part ways with the senator or as was reportedly the case with Sanders' former chief of staff, Caryn Compton, to take care of family members. However, the shakeup is largely seen as Sanders' way of coming to terms with plans of never running for the presidency again after two unsuccessful attempts in 2016 and 2020, sources told Politico. Instead, the Vermont senator will purportedly focus on his new prominent role as the head of the Senate Budget Committee.

"It may be that he's finally coming to terms with his role as a full-time senator", one of Politico's sources suggested.

The senator received the high post after President Joe Biden picked Boston Mayor Marty Walsh over Sanders as Labour Secretary. Biden said the decision was reached in a joint decision with Sanders himself.

‘Mittens Are Back’: Bernie Sanders Steals Show With His ‘Grandpa’ Inauguration Outfit

'Feel the Warm': Sweatshirt with Viral Photo of Bernie Sanders Available to Buy on Campaign Website