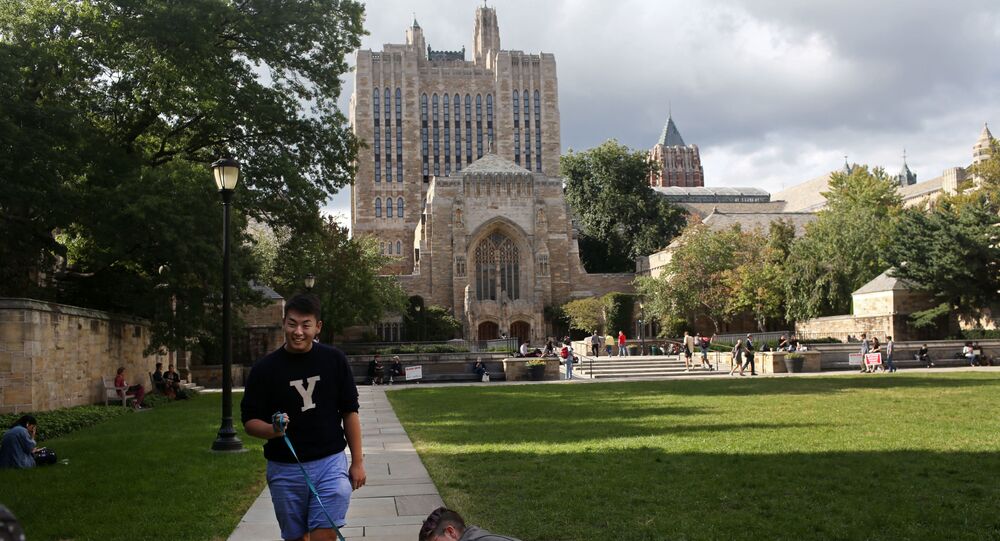 WASHINGTON (Sputnik) - The US government dropped a Trump administration lawsuit accusing Yale University of discriminating against Asian and White applicants for undergraduate admission, the Justice Department said on Wednesday.

“The Department has dismissed its lawsuit in light of all available facts, circumstances, and legal developments, including the November 2020 decision by the US Court of Appeals for the First Circuit rejecting a challenge to Harvard University’s consideration of race in its admissions practices,” a spokesperson said on condition of anonymity.

In a similar case, the appellate court in the city of Boston upheld Harvard’s use of race in undergraduate admission decision, rejecting a lawsuit claiming the elite university discriminates against Asian-American applicants.

At the time, opponents said they would appeal the decision to the US Supreme Court in hopes that the court’s 6-3 conservative majority will end the longtime practice by colleges and universities of considering applicants’ race and ethnicity to achieve diversity in their respective student bodies.

The department also said it had withdrawn a letter from the Trump administration’s Justice Department notifying Yale that its admissions practices violate Title VI of the 1964 Civil Rights Act. The measure prohibits discrimination on the basis of race, color, and national origin in programs and activities that receive financial assistance from the federal government.

The Justice Department said in August 2020 that Asian American and white students had "only one-tenth to one-fourth of the likelihood of admission as African American applicants with comparable academic credentials."

"The Department of Justice found Yale discriminates based on race and national origin in its undergraduate admissions process, and that race is the determinative factor in hundreds of admissions decisions each year," the statement read.

The Trump administration sued Yale University in October as part of a campaign against affirmative action in US university admissions criteria.

An earlier US Supreme Court ruling allows universities to use race- and ethnic-based criteria in limited circumstances.