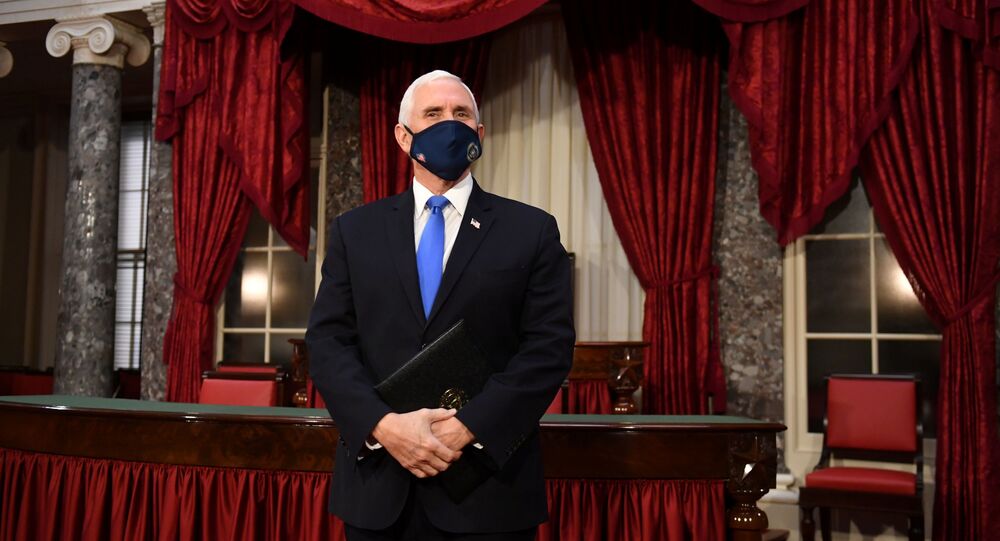 Pence Opens Transition Office, Announces He Will Move Back to Indiana Later This Year

Earlier, reports emerged that former US Vice President Mike Pence was reportedly “couch-surfing” with politicians from his home state of Indiana after parting ways with the White House and had failed to set up a temporary residence.

Pence announced the creation of his post-White House transition office on Wednesday, revealing that his operations would be based at an undisclosed address within the Washington, DC, area.

“The vice president and Mrs. Pence look forward to continuing to elevate causes that are near and dear to their hearts and serving the American people when called upon,” the announcement notes.

The Wednesday release also indicates that the Pences will be taking up residence at a Northern Virginia home for the time being; however, the pair plan to move back to Indiana during the summer.

Pence has not been spotted at any public events since he attended the swearing-in ceremony at the inauguration of US President Joe Biden.

Although it’s presently unclear what “causes” the pair intend to “elevate,” NBC News recently suggested that the former vice president is weighing plans to start a fundraising committee that would maintain his ties to political donors.

The outlet reported that Pence may make an announcement on his plans in the coming weeks.

The former vice president’s announcement came days after reports surfaced that he and his wife were temporarily bunking with friends and family after they left their taxpayer-funded housing at Number One Observatory Circle. One adviser told Business Insider that the pair momentarily returned to Indiana in mid-January, but noted that the Pences no longer own property in the Hoosier State.