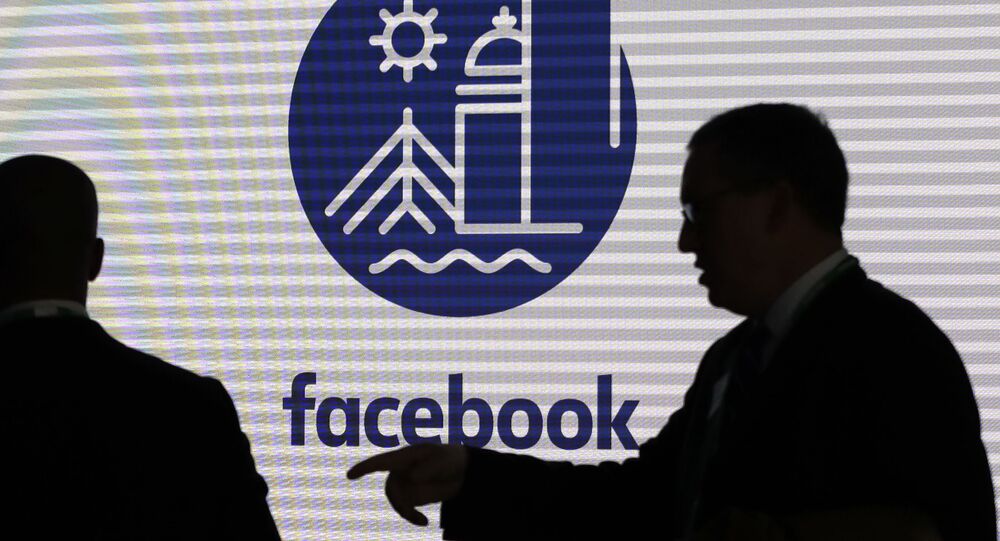 While pointing out how consumers “used to be trusted to make their own decisions” when it comes to the content they are interested in, Governor Ron DeSantis called out the current policies of tech companies, under which there is allegedly large-scale “censorship” by “nameless and faceless” management.

Florida Governor Ron DeSantis has proposed new legislation to combat Big Tech censorship and the sale of private data, among other issues.

“What began as a group of upstart technology companies from the West Coast has since transformed into an industry of monopoly communications platforms that monitor, influence, and control the flow of information in our country and among our citizens”, he told a recent press conference, expressing his ire about Twitter permanently suspending President Donald Trump’s account, as well as Amazon’s decision to drop the Parler app that was used by many conservatives.

Both developments occurred after Trump supporters stormed the US Capitol on 6 January to try to prevent the certification of President Joe Biden’s victory in the November election.

“They are not principled in this”, DeSantis said of Twitter’s move against Trump, who widely used the social-media platform to communicate his ideas.

© AP Photo / Alex Brandon
President Donald Trump looks at his phone during a roundtable with governors on the reopening of America's small businesses, in the State Dining Room of the White House, Thursday, June 18, 2020, in Washington

“They have so much garbage and filth on that platform all the time. They did not censor people when they are using those platforms or the rioting that occurred over the summer”, DeSantis fumed, referring to the BLM protests that quickly grew into riots.

He took aim at censorship at large, blasting the approach, which he says is across-the-board:

“Used to be that consumers were trusted to make their own decisions about what information to consume, about which leaders to ‘follow’, about what news to watch”, DeSantis recounted, lamenting that “now these decisions are increasingly made by nameless, faceless boards of censors”.

DeSantis separately expressed concern about Big Tech’s algorithms, which, the politician says, enable them to “manipulate” news content, and thus affect election outcomes, among other things.

“That’s why in Florida we’re gonna take aim at those companies and pull back the veil and make sure those guys don’t continue to find loopholes and grey areas to live above the law”, the Republican governor said, charging that Floridians are entitled to have the privacy of their data, personal information, as well as ability to “participate in elections free from interference from Big Tech” protected.

Among the new regulations proposed by DeSantis are mandatory opt-outs from Big Tech’s pre-installed content filters, regular fines for any company that “uses their content and user-related algorithms to suppress or prioritize the access of any content related to a political candidate or cause on the ballot”, as well as daily fines of $100,000 for tech companies that suspend candidates for elected office in Florida.

Also, as part of the new package, tech companies that favour one candidate over another will be obliged to disclose their policies, which will be enforced by Florida’s election authorities.

According to Florida House Speaker Chris Sprowls, the initiatives will target all the prominent tech giants like Twitter, Amazon, Google, Facebook, and Apple, which he referred to as the “five families of darkness”.

Following the events in the US Capitol on 6 January, major US social media companies suspended Donald Trump’s accounts on almost every platform, all the way from Twitter to Facebook, Instagram, and YouTube, under the pretext of a "violation" of platform rules or "risk of further incitement of violence".
Crowds of Trump supporters lashed out at the move, with Donald Trump Jr. declaring:

“What I saw today, from Twitter and others really is absolutely insane. This is the kind of stuff that would make Chairman Mao [of China] really proud”.

President Trump was also quick to stand up against Twitter in particular, accusing it in a series of tweets from the @POTUS account of going “further and further in banning free speech”.

© AP Photo / J. Scott Applewhite
High level security officials make a survey of the East Front of the Capitol after an announcement of security problems during a rehearsal for the 59th Presidential Inauguration at the U.S. Capitol in Washington, Monday, Jan. 18, 2021. (AP Photo/J. Scott Applewhite)

“Twitter employees have coordinated with the Democrats and the Radical Left in removing my account from their platform, to silence me - and YOU, the 75,000,000 great...patriots who voted for me”, the ex-president railed.