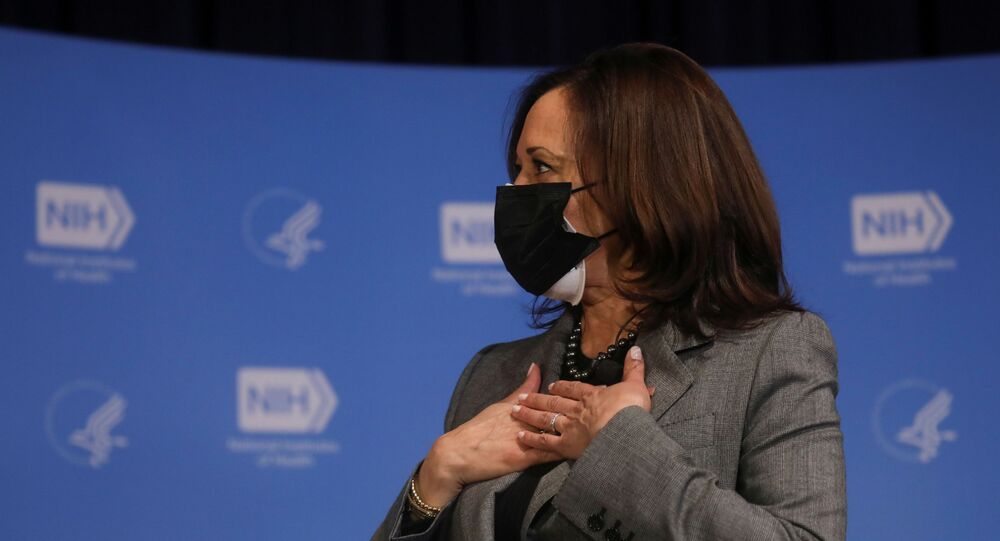 The former US president earlier failed to dismiss a Senate trial against him by calling it "unconstitutional" on the grounds of him no longer holding office.

Republican Senator Lindsey Graham cautioned Democrats against going forward with a Senate trial against Donald Trump, warning that the case might backfire on them in unexpected ways, for example by putting US Vice President Kamala Harris in the limelight of the process.

Graham suggested that the Democrats will be calling in witnesses to try to prove that Trump "incited insurrection" on 6 January in Washington, which means that the Republicans will get a chance to bring in their own witnesses, including the vice president, with the GOP turning the trial process against her instead of Trump.

"If you're going to pursue this, and you wanna start calling witnesses, and you want to drag this thing out, it would be fair to have Kamala Harris' tape play where she bailed people out of jail", Graham said referring to a 2020 initiative that sought to crowdfund efforts at bailing out participants in the Black Lives Matter protests.

The GOP senator argued that Harris' support of the bail fund, which helped BLM rioters get out of jail, might also be viewed as incitement of "future violence". Graham noted that some of those who were freed via the initiative had participated in the destruction of private property and attacks on law enforcement.

Trump is facing trial in the US Senate after being impeached by the House on accusations of "inciting insurrection" that led to protesters forcing their way into the Capitol on 6 January and temporarily thwarting the certification of the election results. The ex-POTUS' legal team argued that the trial is unconstitutional since it is being held against a person who is no longer serving as president, but the motion was rejected. The Democrats are seeking to convict Trump after failing to a year ago on different charges, opening the possibility for a vote to ban him from running for or holding office again in the future.