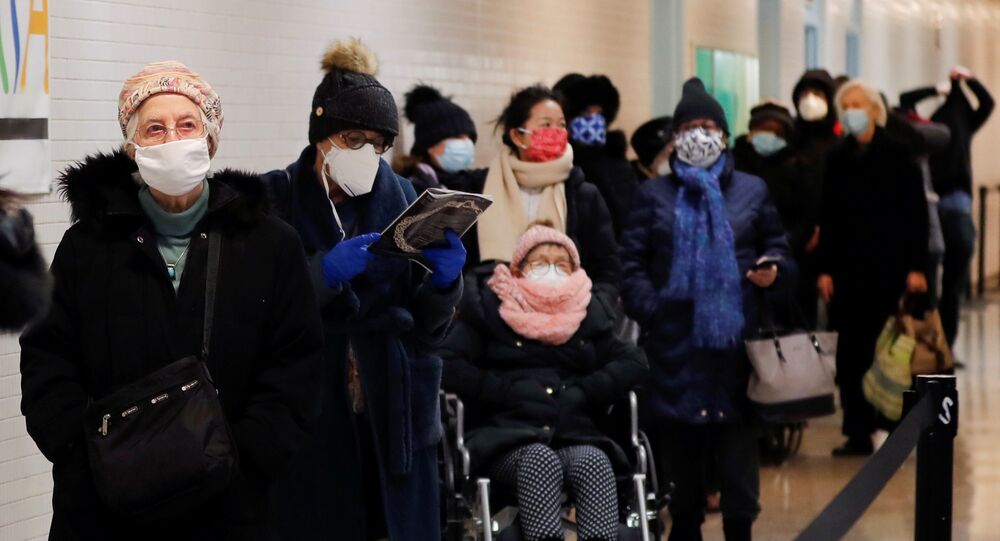 House Republicans have already criticised the massive coronavirus aid package, claiming that the White House decided to "ram through a partisan COVID-relief bill" and ignore millions of Americans after "weeks of calling for unity and bipartisanship".

Some Republican senators have suggested that President Joe Biden might try to rein in Senate Majority Leader Chuck Schumer and House Speaker Nancy Pelosi from going ahead with a whopping $1.9 trillion coronavirus relief package.

These senators include those who met Biden in the White House earlier this week to discuss allocating a much smaller package to tackle the virus.

The Hill cited an unnamed Senate GOP aide as saying that during the meeting, the president “did say that in his next conversations he needs to talk to Schumer and Pelosi and see where they can go, but as far as good-faith negotiation he’s willing to hear them out this proposal and see what he can do, even if it’s about passing a quick bill like this and then addressing the other things later”.

The aide apparently referred to the possibility of passing a smaller bipartisan COVID-19 bailout before Democrats give the green light to a larger partisan bill on coronavirus aid.

The Hill singled out other Republicans in a White House room during the Monday gathering, who the news outlet reported “got the distinct impression that the president might agree to move a bipartisan package outside the complicated budget reconciliation process”.

“That is clearly what we encouraged”, Senator Lisa Murkowski said, referring to “an exchange of views of ideas” and “also a promise to exchange on some of our sources and data and to build on this and explore where we might make some adjustments”.

“He didn’t say, ‘I’m going to call up Nancy and Chuck right now’, but he gave me the assurance that ‘I heard you guys and we’re going to be figuring out how we move forward here’. I would assume ‘moving forward here’ would be to share with the House and Senate leadership the outcome of our discussions”, Murkowski added.

Asked if Biden had made it clear that he would be ready to ask Democratic leaders to give bipartisan talks enough time to work out an agreement, she said that the president “clearly understood us” and that “he understands what it means to be trying to work a deal and needing a little bit of space”.

Senator Thom Tillis, for his part, said that Biden probably “wants to produce an outcome", adding, ”we did talk about what things we could just go ahead and gain a consensus because time is of the essence”.

Tillis’ colleague Mike Rounds, for his part, was not that optimistic about the Monday meeting, saying that he got the impression that Biden “was trying to be cordial and trying to let us know that he appreciated the fact that we had reached out”.

“To be honest it did kind of feel to me that he thought that if he could do it without Republicans he was more than willing to do so”, Rounds added.

Democrats plan to spend at least $1.9 trillion on coronavirus aid after rejecting a counter-offer made by Republican lawmakers, who suggested a $618 billion package to curb the COVID-19 crisis.

The Democrats' bill stipulates $1,400 direct payment to most Americans, with an additional $500 in aid for adult dependents and children.