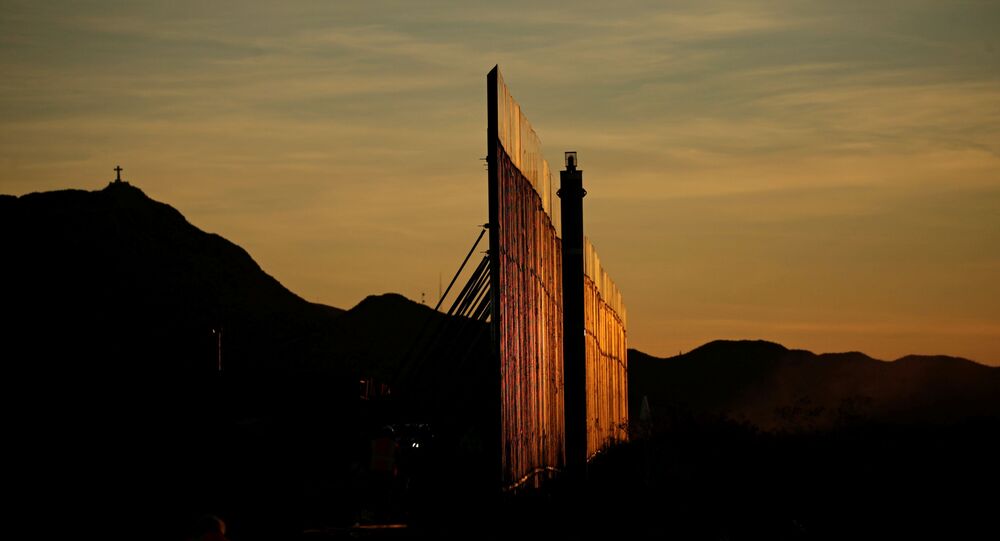 The Biden administration has asked the US Supreme Court to cancel the upcoming arguments for two cases brought by the Trump administration over funding for the US-Mexico border wall and a policy requiring asylum-seekers to stay in Mexico. However, the White House has cautioned that it is not yet ready to implement a new immigration process.

Acting Solicitor General Elizabeth Prelogar has asked the Supreme Court to hold the cases in abeyance and remove them from the argument calendar. One case, Biden v. Sierra Club, concerns a 2019 order by then-US Defense Secretary Mark Esper that redirected $2.5 billion worth of “counterdrug support funds” in the Pentagon budget toward construction of the wall on the US-Mexico border.

The other, now called Pekoske v. Innovation Law Lab after then-acting Homeland Security Secretary David Pekoske, is a challenge to an injunction blocking implementation of the Migrant Protection Protocols (MPP) - the so-called “Remain in Mexico” policy by which DHS required asylum-seekers to await their hearing dates in Mexico.

On his first day in office, Biden issued executive orders halting construction on all border projects authorized under Trump’s state of emergency at the border and paused the MPP program for a review. His administration has since introduced legislation to Congress overhauling the Trump-era immigration laws.

Mr. Biden, Tear Down This Wall

However, civil rights groups are now pressuring Biden to go even further and actively tear down the more than 400 miles of border wall built during the Trump administration.

“Trump’s wall devastated border communities, the environment, and tribal sites,” Dror Ladin, senior staff attorney with the American Civil Liberties Union’s (ACLU) National Security Project said in a press release. “It’s time for the Biden administration to step up for border communities, and commit to mitigating environmental damage and tearing down the wall.”

“Ultimately, the destructive border wall must be torn down. Constructing a wall has stripped environmental, cultural and health protections from border communities, bulldozed through Tribal sites and burial grounds, and left irreversible scars on wildlife habitat and local towns. The new administration must implement a new vision for the borderlands - one that protects human rights, Tribal sovereignty and the environment.”

The wall’s path was found to further endanger 93 species already on the Endangered Species List, and would have bifurcated the land of the Tohono O'odham Nation, which straddles the border. In all, the Trump administration circumvented or ignored 28 federal laws to build the wall.

On January 21, Biden halted new enrollment in the MPP program pending a review of the entire program. With a waiting list of tens of thousands of applicants who are only being admitted at a trickle, many asylum-seekers have been left out to dry in encampments across the border in Mexico where criminals prey on those waiting to enter the US and diseases like COVID-19 run rampant.

Biden’s recently confirmed homeland security secretary, Alejandro Mayorkas, is a former head of US Citizenship and Immigration Services and has pledged to end the MPP program. However, as Sputnik reported, the bill Biden sent to Congress overhauling US immigration regulations doesn’t seem to shed the most basic parts of MPP, including forcing migrants to wait across the border.

.@edokeefe asks what Biden admin. message is to Latin Americans who see changes to Trump immigration policies and want to come to U.S.

Psaki: "It remains at dangerous trip. This is not the time to come to the United States." She says more time is needed for a humane process pic.twitter.com/nbrk3RSD0D

​However, at a Tuesday press conference, White House Press Secretary Jen Psaki underscored that “this is not the time” for new migrants to come to the US border seeking entry.

“We want to put in place an immigration process, here, that is humane, that is moral,” Psaki told reporters. “That’s going to take some time, it’s not going to happen overnight. Obviously, we have a bill that we are hoping will be able to move through Congress.”