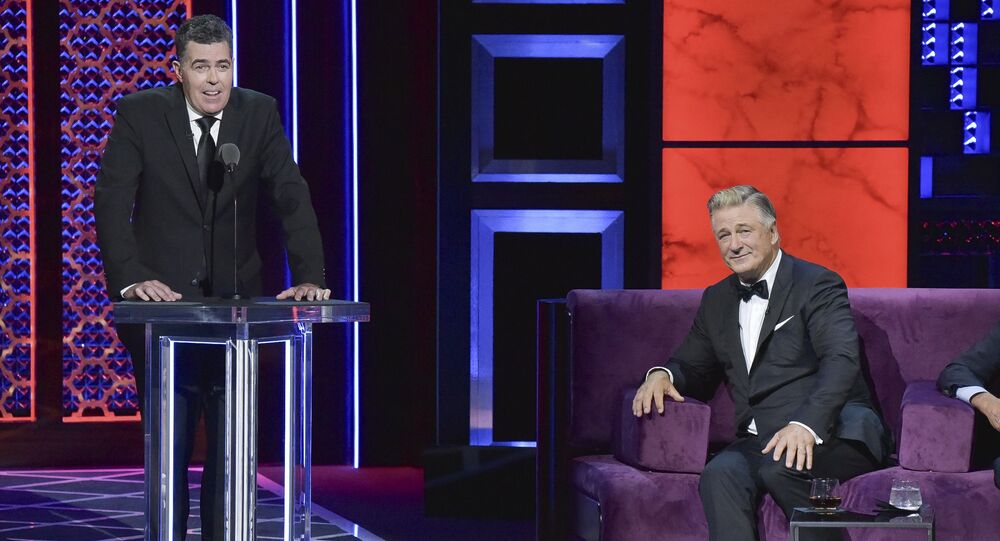 SNL is 'Scared' to Joke About Biden Over Fear of Being 'Cancelled', Adam Carolla Says

Thousands of episodes of SNL mocking "idiot" Trump and not a single joke about the new Joe Biden administration following the inauguration - is a level of hypocrisy to live up to, notes American comedy star Adam Carolla.

Comedians from shows like "Saturday Night Live" are "scared" of making fun of the new Biden administration or New York's Democratic Governor Andrew Cuomo over fears of being "cancelled", US podcaster Adam Carolla told Fox News' "America’s Newsroom" on Monday.

The actor and comedian reflected on why the first SNL episode after Biden took office had avoided making any jokes about the new White House team, despite being largely critical - sometimes to the extreme - of the Trump administration in the past.

"Unfortunately, their hand is forced now", Carolla argued. "They have to show their hypocrisy… You've done 7,000 episodes on what an idiot Trump is, and then you don't touch the next administration? I would do one even if I loved Biden if I'm SNL, just so I don't appear hypocritical".

Tuning in to the News. pic.twitter.com/n7z8GtZHjr

​But it is the fear of pushing away the liberal crowd and sinking into oblivion that has something to do with SNL's careful choice of topics to joke about, the comedian maintained.

"Honestly, I get what there is to hate about Donald Trump", Carolla noted. "What is there to love about Joe Biden? That's the bigger question if you're SNL. OK, you hated Trump, fine. Why do you love Joe Biden?"

"There's nothing to love about Joe Biden, unless you're scared of being cancelled, and the fact that this cancel culture has drifted over to comedy is absolutely insane", the actor added.

The first episode of the satirical show following the inauguration of the Biden administration contained sketches on Georgia's Republican Rep. Marjorie Taylor Greene and her state's now-Democratic inclinations, but decided not to mention the unfolding scandal over the underreported number of deaths in nursing homes in the state of New York that put its Governor Cuomo in an uneasy situation with voters.

"Where are the comedians? They're scared. And that's a scary place to be", Carolla concluded.

To be fair, SNL used to have Joe Biden impersonations. The current US president was portrayed by legendary Hollywood comedian Jim Carrey. But in mid-December Carrey said that his participation on SNL was always meant to be a "limited run" and thus he won't come back as Biden anymore. Sad, as Donald Trump would say.