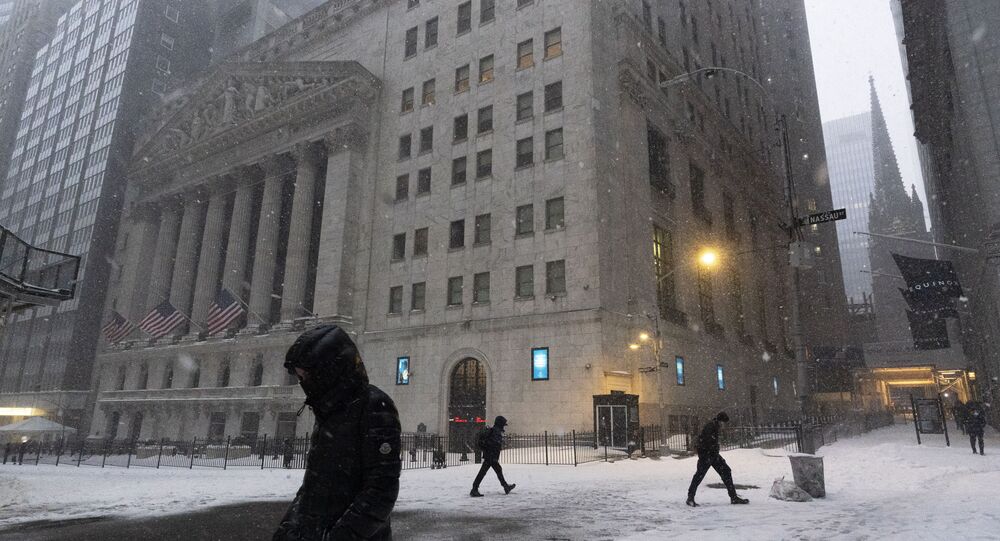 The Dow Jones Industrial Average, the broadest gauge of the New York Stock Exchange, gained 0.8 percent to close the day at 30,212. The Dow lost 3.3 percent last week and 2 percent for all of January.

The technology-laden Nasdaq index, which counts on the performance of industry giants such as Facebook, Apple, Amazon, Netflix and Google, jumped 2.6 percent to finish at 13,403. The Nasdaq tumbled 3.5 percent last week, but still managed to finish January about 2 percent higher.

© REUTERS / ANDREW KELLY
The Big Short-Squeeze: US Hedge Funds Lose $70 Billion in January Betting Stocks Will Fall
In January, WallStreetBets, a group created on the online platform Reddit, which includes millions of individual investors, began to massively buy GameStop shares to teach a lesson to large investment funds that were actively betting on the fall of these shares due to the changes introduced by the pandemic. The purpose of the activity is to force funds to close their shorts, buying out sharply risen assets, which will push their prices even higher. The price of securities in a couple of weeks soared more than 10 times, and a number of funds were forced to close their "shorts" with billions of dollars in losses.

According to recent data, this battle between small-time online stock traders and professionals has hit on institutional investors, with hedge funds posting an estimated $70.87 billion in losses in the last month alone, thanks to the short squeeze, with $19 billion of that on short GameStop stocks alone.