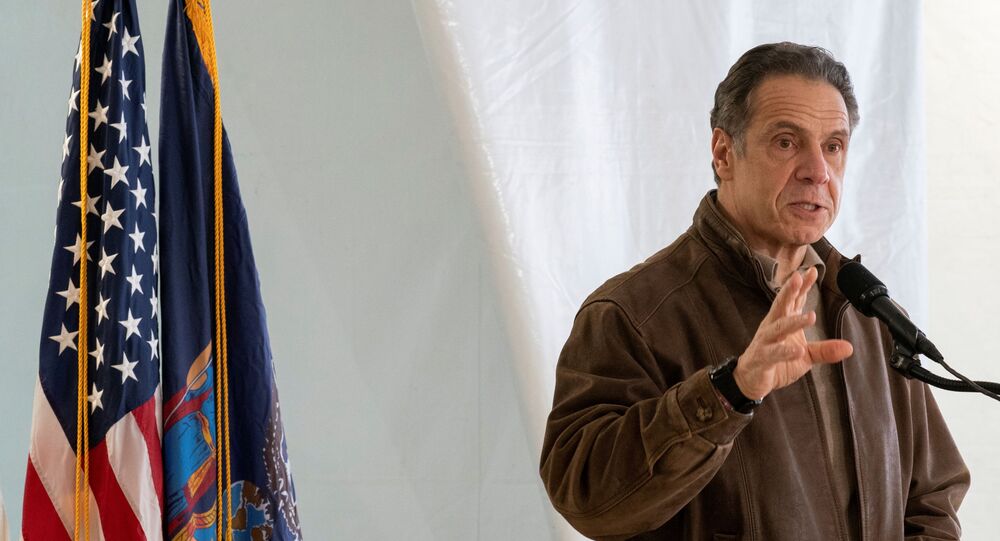 From late Sunday, a heavy snowstorm has been hitting the Northeast US, plastering the area from Philadelphia to Boston with heavy snow, including New York City. It is expected to be accompanied by strong winds and potential coastal flooding.

The governor of the state of New York, Andrew Cuomo, advised individuals not to drive, then jumped in his car during Monday's blizzard and headed down to New York City from Albany.

Amid the snowstorm, Cuomo got behind the wheel for a nearly two-and-a-half-hour drive from Albany, where he normally conducts press conferences, to hold a news conference at his Manhattan office.

He clarified that he did not want to sit at home when reminding essential staff they needed to be on the job, including those cleaning the streets.

"I’m telling you, I’m on the road right now — it is horrendous," Cuomo said during a call-in to WCBS radio before reaching the city. "I am personally driving into New York City."

The governor added that he wanted "to be out there" along with the emergency workers who were out on the streets doing their jobs and mitigating the consequences of the snowfall.

"... my personal predilection is I don’t like to call emergency workers out and tell the emergency snowplow drivers, ‘You have to be out.’ … but then I have to stay home," Cuomo said. "If I call them out, I’m not calling anyone into a situation that I wouldn’t go into myself. As long as I’ve been governor, I will be there, that’s how I see the job."

© REUTERS / ANDREW KELLY
A snow plow clears a street during a snow storm, amid the coronavirus disease (COVID-19) outbreak, in the Lower East Side neighborhood of Manhattan, in New York, U.S., February 1, 2021.

"The airports are closing as we speak, and for me, it’s walking or driving, and I’ll take driving," he added.

"I want New Yorkers to hear me loud and clear — stay home and off the roads," the governor said in a statement.