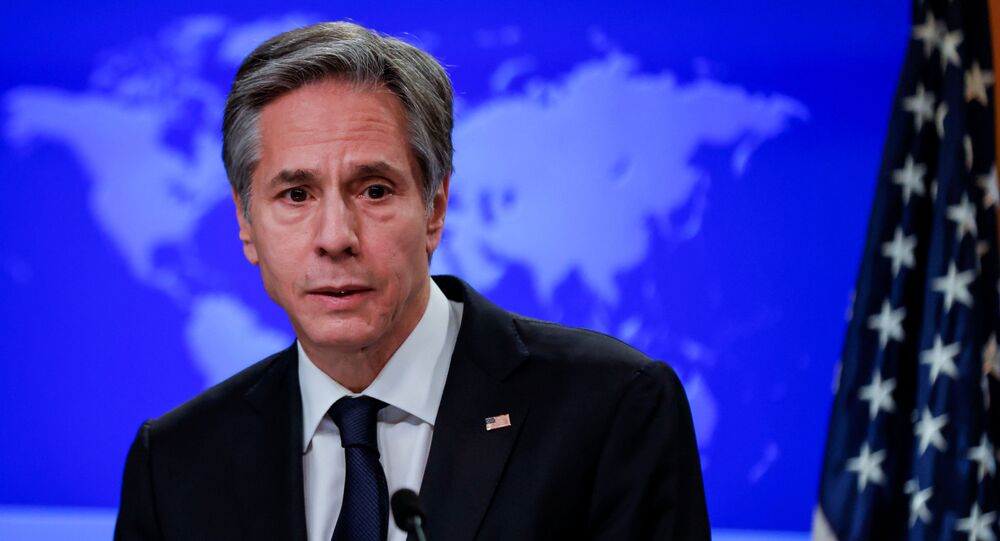 WASHINGTON (Sputnik) - The United States is reviewing its partnership with Saudi Arabia to make sure that it is consistent with US interests and values, Secretary of State Antony Blinken said on Monday.

"Saudi Arabia has been an important partner for us in counterterrorism, in trying to advance regional stability and deal with regional aggression. But we also have to make sure that that partnership is being conducted in a way that is consistent with our interests and also with our values," Blinken said in an interview with MSNBC.

Blinken pointed out that President Joe Biden has requested a review of the United States’ relationship with Saudi Arabia "to make sure it is doing just that."

"And that’s exactly what is happening now," Blinken said.

The Secretary of State denounced the murder of Saudi national and Washington Post columnist Jamal Khashoggi as an outrageous act against someone who was a resident of the United States.

"It was abhorrent and I think it shocked the conscience of the world," Blinken said.

Khashoggi went missing in 2018 after entering the Saudi consulate in Istanbul. The Saudi government initially denied any knowledge of Khashoggi’s whereabouts, but eventually admitted that he was killed and dismembered inside the consulate. The government sentenced eight suspects for their role in Khashoggi's death and has repeatedly denied allegations that members of the royal family were involved in the murder.

The Biden administration will also review the US policy on North Korea with respect to denuclearization before deciding how to move forward on the issue.

"The first thing we're going to do is to review the policy across the board, to look at what tools we have, including additional sanctions, especially additional coordination and cooperation with allies and partners, but also to look at diplomatic incentives, so once we do that we'll be able to tell you how we plan to move forward," Blinken said.

Blinken said North Korea's development of its arsenal has been a "growing problem," adding that the issue has become worse through previous US administrations.

In January, North Korea displayed a submarine-launched ballistic missile during a military parade that commemorated the 8th Congress of the Workers' Party of Korea.

Pyongyang held a military parade in October on the 75th anniversary of the Workers' Party of Korea, when it also showcased a new intercontinental ballistic missile.