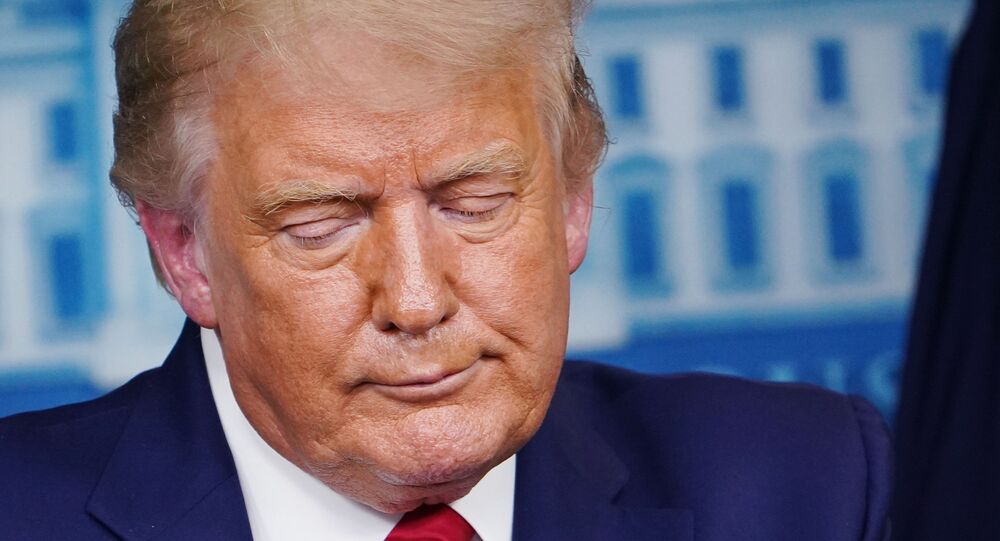 WASHINGTON (Sputnik) - The White House is reviewing whether former President Donald Trump should have access to the US president's intelligence briefings amid concerns he may misuse it, Press Secretary Jen Psaki said on Monday.

"It's something obviously that's under review but there was not a conclusion last I asked them [National Security team] about it," Psaki said when asked whether the White House will continue to extend the privilege of intelligence briefings to Trump amid Democrats' concerns that he may misuse it to enrich himself.

Former US presidents have been granted access to classified intelligence briefings on major policy issues, such as before traveling to another country.

.@PressSec on if former President Trump will continue to have access to intelligence briefings: "It's something, obviously, that's under review." pic.twitter.com/9JffqWGf54

Democrats and some former intelligence officials have claimed Trump cannot be trusted with classified information because of his companies' outstanding debt, which reportedly stands at $420 million.

© REUTERS / ALEXANDER DRAGO
Trump Office Announces New Impeachment Trial Lawyers to Replace Five Resignations
The House impeached Trump on January 13 on charges of incitement of violence by 232 votes in favor and 197 against. House Speaker Nancy Pelosi signed an article on impeachment against Trump, and the document is expected to be sent to the Senate to start the trial next week.

The former president came under a whirlwind of criticism following the events at the US Capitol on January 6, when a group of Trump supporters caused great unrest in the US capital city, eventually breaching the building. The riots resulted in at least five deaths, including a police officer. Trump had called on the protesters to remain peaceful, but his initial reaction to the events encouraged lawmakers to raise the issue of his early removal from office and initiate impeachment proceedings.

The Senate is considering retroactive impeachment, which would be the first such case since the 1876 trial of US secretary of war William W. Belknap, who was impeached over accusations of bribery after his resignation.

There is reportedly no consensus among legal experts as to whether retroactive impeachment is constitutional, and the courts have never considered this issue against a president in American history.

If Trump is convicted, the Senate could hold a separate vote on whether to ban him from ever holding public office again.