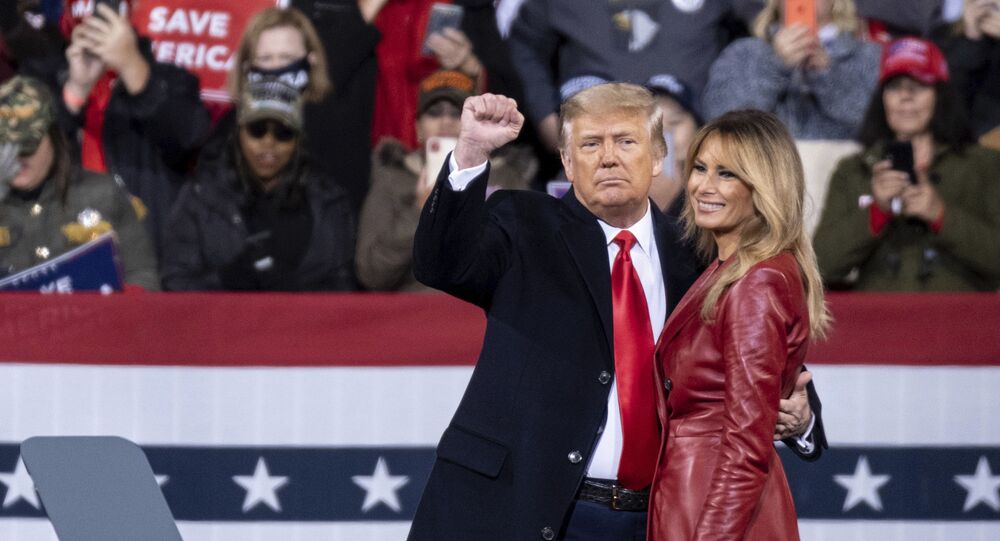 Former White House aide Omarosa Manigault-Newman once claimed that Melania was “counting every minute” until the end of Trump’s presidency so she could divorce him. However, following Biden’s inauguration, the two appear to have happily departed to Florida together.

Despite the ongoing speculation about Donald and Melania Trump's "looming divorce” and “transactional marriage,” their relationship is much better than most people think – Stephanie Wolkoff unveiled during a Hollywood Life podcast.

Melania Trump's former aide claims the ex-president would call his wife right after every MAGA rally, asking for her opinion on his performance with his usual "Hey Baby, how’d I do?" remark.

“She was always his first phone call, always, no matter where she was,” Wolkoff recalls.

And according to Melania's former friend, Trump’s wife would always be there for him to lift his spirits.

“She tells him how it is but she also makes sure to elevate him and embrace what he’s doing, because that is who she is,” the author of the "Melania and Me" tell-all book claims.

“I believe their way of showing affection towards one another is her telling him how wonderful and great he is,” Wolkoff says.

According to Melania’s ex-aide, the former FLOTUS doesn't like to open up about her marriage. However, she believes that despite Melania’s sometimes frosty communication with her husband, the couple – who tied the knot 16 years ago – still have feeling for each other.

“I didn’t realise that, but when you see their eye contact and the seduction through that gaze, it’s more about that than I think anything else,” Wolkoff argued.

© REUTERS / TOM BRENNER
'She Held His Hand': Fake Melania Conspiracy Theory Reignites After Trumps Head to Mar-a-Lago
On the flip side, internet trolls and social media “analysts” love to argue that the pair are forever on the brink of divorce. Melania occasionally rejected her husband’s hand in public during his presidency, while she also sometimes made facial expressions that suggested she would rather be somewhere else than in her husband's company.

But the ex-FLOTUS usually dismissed rumours about her marriage breaking down with a short “we are fine” remark. What wasn't fine, though, is the media speculation about her love life, she once admitted.