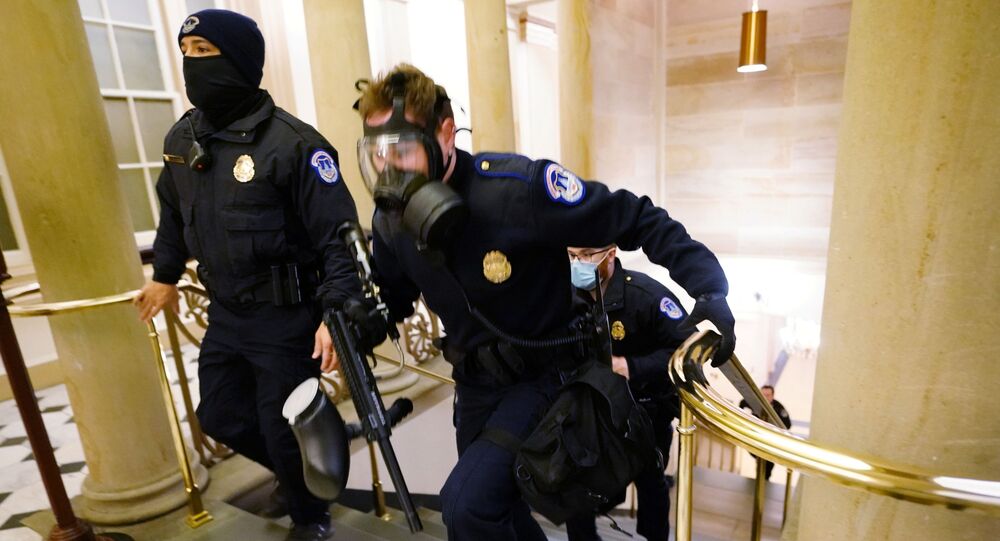 In the wake of the 6th January protests in Washington, DC, the acting Capitol Police Chief told Congress that “the department should have been more prepared for this attack”.

LaToya A. Getz, the wife of a Capitol Police officer, has sent a letter seen by TMZ to acting Capitol Police Chief Yogananda Pittman, slamming her for “lack of leadership”.

"I represent the US Capitol Police wives who are bearing the weight right now, and we will not be ignored," Getz wrote.

According to Getz, the Capitol Police officers have not been vaccinated, despite the fact that she had written two letters requesting their immunisation. "That fell on deaf ears," she wrote.

She says her husband had tested positive, adding, "We took every precaution, because I am immuno-compromised, to be safe for almost 1 year but, our 14-year-old has it, as of today."

“We are offended that the US Capitol Police leadership failed your employees and our families," she says.

Getz demanded answers to why officers weren’t given equipment and were not vaccinated.

She issued an ultimatum saying that the wives "were expecting answers to our questions within 72 hours".

On 6 January, hundreds stormed the Capitol building in a bid to prevent Congress from certifying President Joe Biden's victory, following a speech delivered by Donald Trump at the 'Stop the Steal' rally. Five people died and more than 170 cases have been opened by police in connection to the riots.

Steven Sund was the Capitol Police chief at the time of the riot but was quickly replaced by Yogananda Pittman after resigning amid the fallout over the violent insurrection. Pittman later issued a statement to Congress, formally apologising for security failures.

Pittman stated during a closed-door briefing with members of the House Appropriations Committee that the Capitol Police force had “failed to meet its own high standards as well as yours”, before noting that she was present to “offer my sincerest apologies on behalf of the department”.