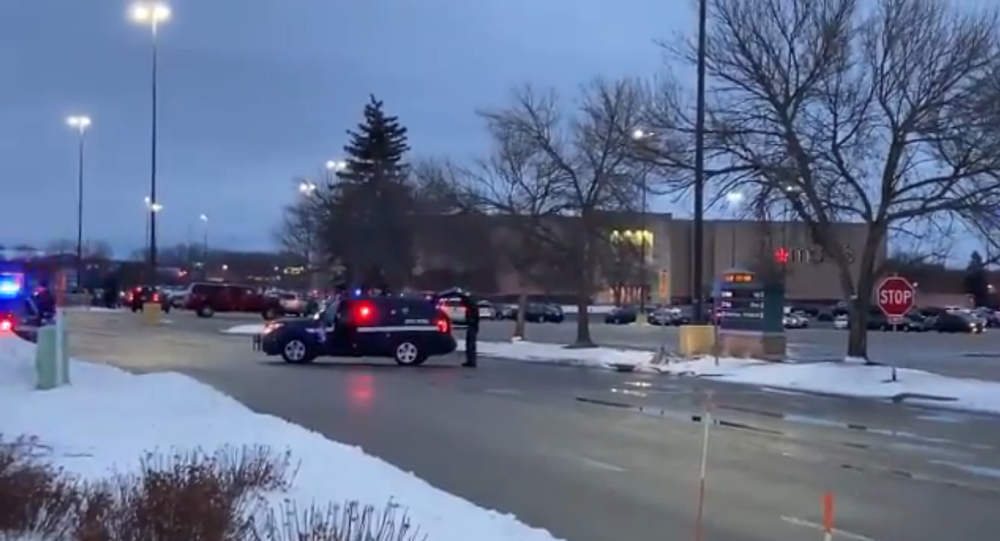 Residents of the city of Appleton, Wisconsin, on Sunday reported that they heard gunfire at the local mall. News outlets report that people are sheltering inside and that police officers have cordoned off the building.

At 3 pm Sunday, a shooting was reported in Wisconsin's Outagamie County, according to WTAQ.

Multiple police cars and law enforcement gathered around the Fox River Mall in Appleton. During a press conference, the police stated that two people were injured, with one later dying and the other suffering minor injuries, WBAY-TV reported. The shooter escaped before police arrived.

As local residents earlier noted, shouting was heard in the mall. Visitors are reportedly hiding inside while police officers instructed locals to stay away from the building and call 911 if they have information to provide about the active situation in the mall.

Witness Terrance Delaney, cited by WTAQ, reported that he heard gunfire near Scheel’s store, but did not see the shooter.

“An altercation broke out between more than one person, don’t know how many people, I was standing there right by Scheels and Panda Express and I heard gunshots rang off. I immediately start running, and as I’m running I see a light skinned [man], about early twenties, maybe late teens, dropped to the ground, injured,” Delaney said.

Shooting at the fox river mall. Getting too close to home. My hearts are with those who were there today. #foxrivermall pic.twitter.com/vh8nOVoQ7d

Multiple squad cars can be seen at the Fox River Mall. Law enforcement has yet to confirm what has happened, and are only calling it an active situation at this time. UPDATES WILL BE POSTED IN THIS ARTICLE: https://t.co/jpGIaHkr6v pic.twitter.com/qZbg9Ju3Ls

#BREAKING At the Fox River Mall in Grand Chute, very active situation right now. Dozens of law enforcement on scene right now. Be sure to tune into @NBC26 till the end of the newscast as I’ll have another live report coming up shortly. Police advise staying away from the area! pic.twitter.com/Agv2gkLo9p