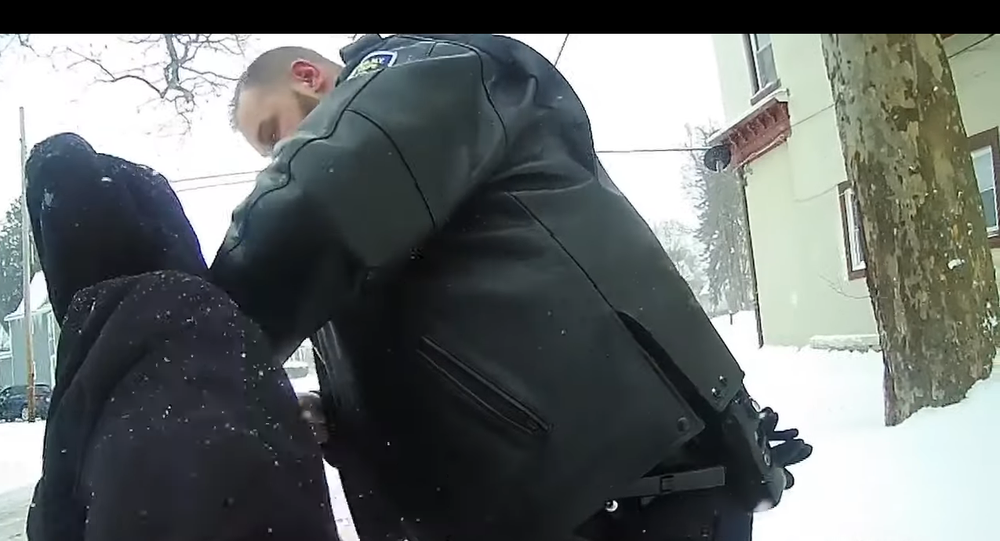 On January 29, a distraught 9-year-old girl, seen on a Rochester NY police body-cam video released two days later, claimed that she intended to kill herself and her mother, according to the description of Deputy Police Chief Andre Anderson.

On Sunday, two police bodycam videos were released showing a 9-year-old girl being handcuffed and put in the back of a Rochester Police Department patrol car on Friday. Footage from one video shows a police officer pepper spraying the child after she disobeyed commands to get in the car. The footage was made public after a city press conference, during which Rochester Deputy Police Chief Andre Anderson said the girl was 'suicidal'.

One of the videos filmed during “family trouble” also shows the youngster attempting to run away from police, then dropping to the snow as a cop tries to bring her back.

“I want my dad,” the girl desperately screams in a second video. “I ain’t going nowhere. I want my dad… I’m not getting in no car until I see my dad.”

One of the officers orders her to stop multiple times while the other is trying to explain why the girl is being put in the car.

“Wait, can I just please get the snow off of me,” she yelled, adding: “I want my dad. Wait, I just want to see my dad, please. For the last time…. I demand.”

"I don't care, what you demand. Let's go!," the officer stated, losing patience. “Stop or you’re going to get yourself hurt.”

A female officer is heard promising the girl she’ll find her dad, and asking her to get inside the police car to stay warm. However, after the girl started screaming again the female officer warned that she would pepper spray the girl.

“Just spray her at this point,” one police officer eventually says, and he is then seen spraying the girl.

The footage was released Sunday after a city press conference, during which Rochester Deputy Police Chief Andre Anderson claimed that the girl was suicidal.

According to a report in the Democrat & Chronicle newspaper at Sunday's press conference, Rochester Mayor Lovely Warren said, “I’m very concerned about how this young girl was handled by our police department," adding: "It is clear from the video we need to do more in support of our children and families.”

On Friday, 9 officers and Rochester Police Department supervisors responded to the call, during which they were approached by the girl’s mother who told an officer that she feared that her daughter would harm herself or others.