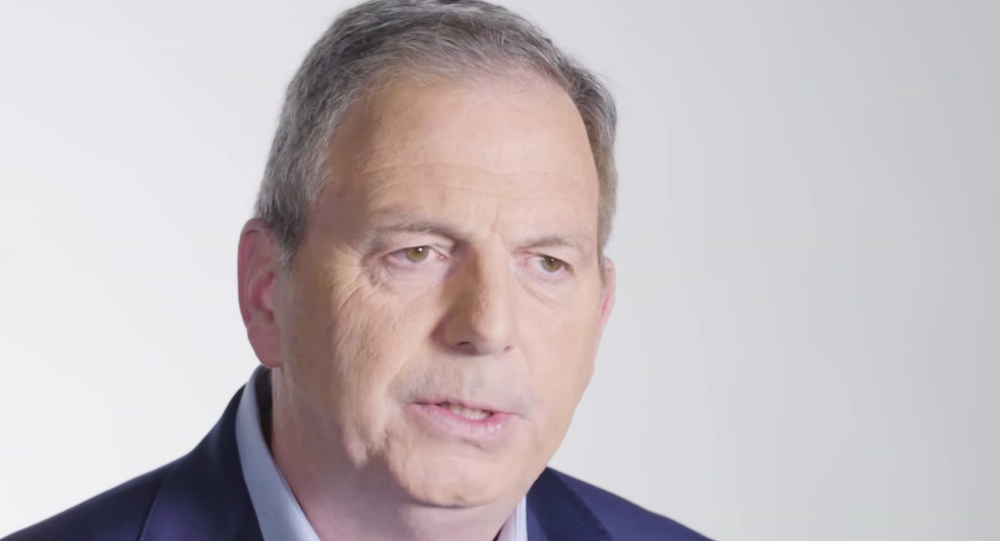 John Weaver served as political advisor to John McCain's 2000 and 2008 presidential campaigns as well as Ohio Governor John Kasich's primary race in 2016. He would later go on to co-found the Lincoln Project, a Republican activist group in opposition to former US President Donald Trump.

A co-founder of the Republican anti-Donald Trump organisation 'the Lincoln Project' has been accused of sending unsolicited sexual messages to more than 20 young men, reportedly suggesting his help to advance their fledgling political careers.

The New York Times reported Sunday that they spoke to a total of 21 men who claim to have received messages from former McCain campaigner and "Never Trump" Republican John Weaver.

​One accuser said he was just 14 years old when Weaver, who is now 61, first messaged him. According to the New York Times report, Weaver inquired about private bodily information while he was still in high school and later asked more explicit questions after his 18th birthday.

Now 19, Cole Trickle-Miele said he first followed Weaver on Twitter in 2015 when he was a young supporter of Ohio Governor John Kasich, who Weaver was a senior advisor to, and received a direct message from the veteran GOP political operator soon after.

"I remember being a 14-year-old kid interested in politics and being semi-starstruck by John Weaver engaging in a conversation with me", Trickle-Miele said.

Weaver allegedly continued messaging Trickle-Miele for years, and upon turning 18, said he wanted him "to come to Vegas and take you to dinner and drinks and spoil you!!" and sent another message asking for his body "stats".

Kyle Allen, 23, said Weaver contacted him from 2016 to 2018, asking questions about his height, weight, clothes, and whether he was circumcised. According to the reports, he asked Allen to secure him a speaking session at the University of Ottawa, where he was a student.

"I would try to veer the conversations toward politics, and he would always find a way to bring it back to sexual stuff", Allen said.

Cody Bralts, who recently graduated from college, said he responded to a tweet from Weaver saying he was looking to begin a career job in politics. He promptly received a private message from Weaver, who reportedly proposed organising a meet-up in Chicago to discuss politics and later spoke suggestively towards Bralts.

After Bralts said he ran marathons, Weaver reportedly said that "whatever we end up doing, you could do it multiple times in a row", followed by a winky-face emoji.

“It just seemed like he was exploiting his power. He was someone very important and high up in a field I want to go into", Bralts said.

In a statement on Sunday, the Lincoln Project said it was "shocked and sickened" by Weaver, who led a "secret life that was built on a foundation of deception at every level" and dubbed him “a predator, a liar, and an abuser” following screenshots of dozens of messages he sent to the young men.

“The totality of his deceptions are beyond anything any of us could have imagined and we are absolutely shocked and sickened by it", the statement read.

Lincoln Project: "John Weaver led a secret life that was built on a foundation of deception at every level... Like so many, we have been betrayed and deceived by John Weaver." pic.twitter.com/lwvRki0hh9

​Weaver issued a public statement published by Axios earlier in January over the reports about his messages. The prominent Republican activist then revealed that he is gay, and noted that his inability to accept his homosexuality in light of his wife and family had led him to an "agonising place”.

“To the men I made uncomfortable through my messages that I viewed as consensual mutual conversations at the time: I am truly sorry. They were inappropriate and it was because of my failings that this discomfort was brought on you", Weaver wrote.

The Republican political activist, agreed that he would not resume his role in the Lincoln Project after his medical leave, which he first took last year, comes to an end. The Lincoln Project has now removed a page featuring the group’s list of leaders from its website, which included Weaver.

Journalist Ryan James Girdusky accused the group of lying, following the release of the statement, claiming that members of the organisation were aware of his lifestyle.

This statement by the @ProjectLincoln is an absolute lie.

Members did know. Young men approached them about the accusations. Members knew I was writing the story and warned John Weaver pic.twitter.com/BZms5iLgpL

​Prior to the reports, Girdusky reported earlier in January that he was aware “one of the founding members of the Lincoln Project offering jobs to young men in exchange for sex" and added that several men, who had reportedly been groomed by Weaver, had sent him screenshots of the “inappropriate” messages.

Maybe I should start talking about one of the founding members of the Lincoln Project offering jobs to young men in exchange for sex... his wife is probably interested https://t.co/vAtUS9aPPl

​The Lincoln Project was set up during Donald Trump's tenure in the White House to form a Republican opposition to the president. During the November 2020 election, the group campaigned for then-Democratic candidate Joe Biden as well as against senate GOP candidates.