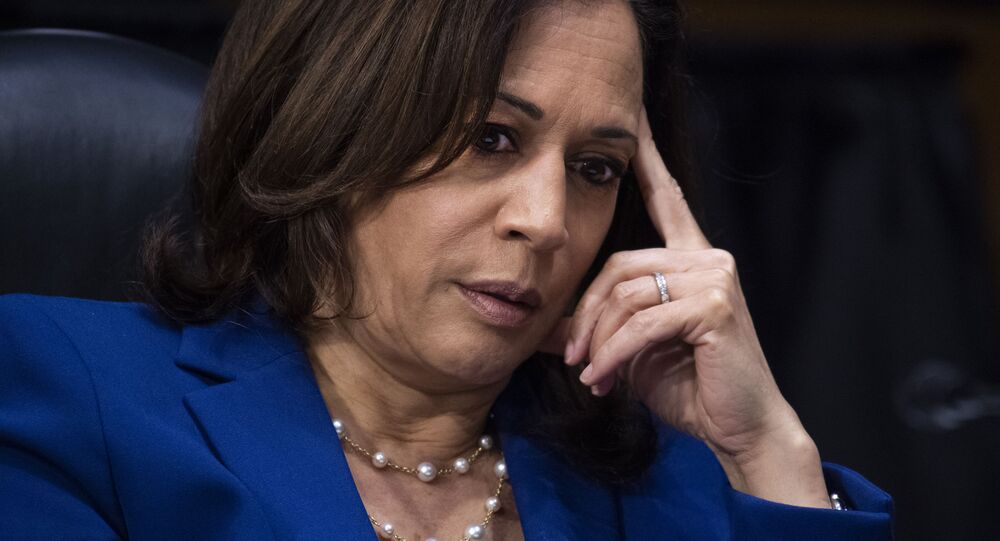 Previously, Senator Mancin reportedly said that he was "on board" for providing relief to those Americans who don't have a job and cannot put food on their table.

According to Politico, Mancin belongs to a bipartisan group of senators who argue that direct payments proposed by the government should be targeted to people in need.

"We met with his economic team and they put out what they wanted," Manchin said. "We want to help everyone that needs help. But if a person's making $250K or $300K, I don't think they're in much needs as a person making $40K or 50K. That's all I said. We're going to target."

Mancin, who the media outlet describes as a “West Virginia moderate” and “a key swing vote in an evenly divided Senate”, had some unpleasant things to say about Harris after she gave an interview at a local TV station and “spoke about how the proposed relief is a "big issue" to his constituents”.

"I saw [the interview], I couldn’t believe it. No one called me," Manchin said to WSAZ, the West Virginia station where Harris gave her interview. "We’re going to try to find a bipartisan pathway forward, I think we need to do. But we need to work together. That’s not a way of working together."

During her appearance on WSAZ, Harris spoke about the relief package, saying: "To your point in West Virginia, one in seven families is describing their household as being hungry, one in six can’t pay their rent, and one in four small businesses are closing permanently or have already closed, so it’s a big issue in West Virginia and across the country."

Earlier this month, Mancin reportedly announced that he was "on board by helping people that need help, people that really can't make it, people who don't have a job, they can't put food on their table".

On 14 January, Joe Biden unveiled a $1.9 trillion economic recovery proposal, which includes, among other things, direct payments of $1,400 to most Americans.