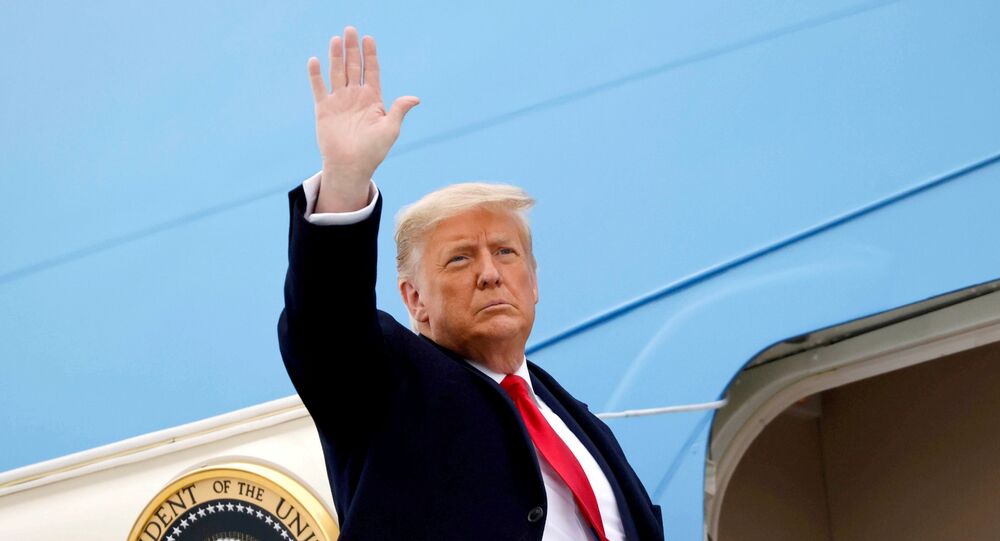 A vast portion of the sum raised by the ex-president and the Republicans went to the Trump Make America Great Again Committee, which splits the contributions between Trump’s political action committee and the RNC.

Donald Trump and the Republican National Committee managed to raise millions of dollars during the last few weeks of 2020 with the help of an online GOP fundraising platform called WinRed, Bloomberg reports, citing a recently disclosed Federal Election Commission filing.

The ex-POTUS raised $86 million between 24 November and the end of the year – during this time he claimed massive voting fraud was helping Joe Biden win the election.

About $68 million of the amount went to the Trump Make America Great Again Committee, which, as the media outlet puts it, was "supported by small-dollar donors and splits the contributions between Save America, the political action committee he started after the election, and the RNC."

Yet while Trump's team filed multiple lawsuits across the country, citing violations during the voting, most of them have been withdrawn or shot down due to a lack of evidence.