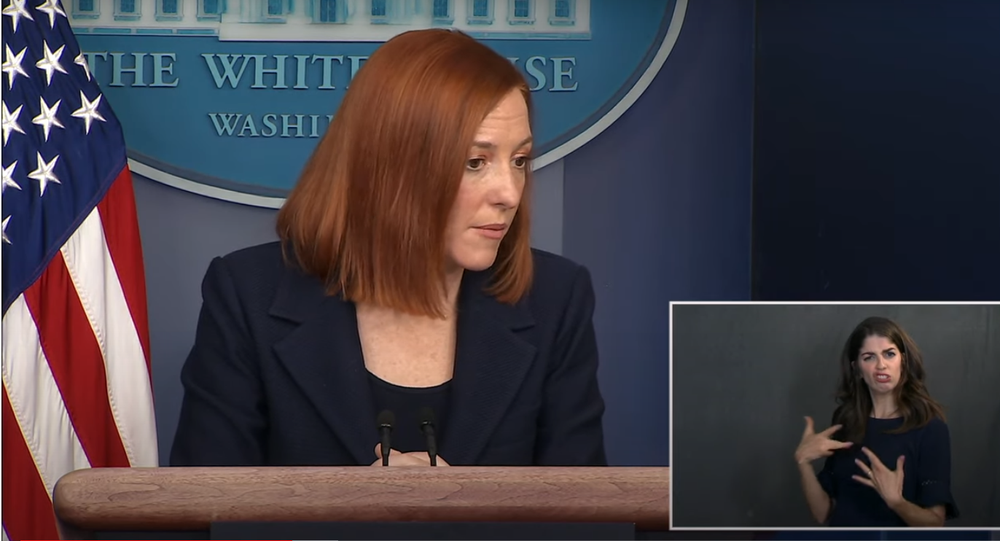 Psaki, well-known for an endless list of foot-in-mouth gaffes during her work as a spokesperson for the State Department during the Obama period, returned to the media spotlight with the election of Joe Biden, being tapped to become his press secretary.

Jen Psaki temporarily lost her train of thought during Friday’s briefing while listing off the new administration’s claims against Moscow.

“There is a review underway that we have spoken about a bit in her by our national security team, and we’ll let that review carry forward. That includes the SolarWinds breach, it includes the poisoning of Alexei Navalny, it includes the – I’m kind of losing my thought here – but it includes a number of steps – a number of concerning actions they’ve taken,” Psaki said, responding to a question about why Biden hasn’t yet taken “sanctions action” to “punish” Russia for its alleged misdeeds.

She went on to almost call Secretary of State Anthony Blinken the president. “Yes, Pres- -Secretary Blinken – I almost called him President Blinken; I’m giving him a bit of [a] promotion. You never know,” she joked while fielding a question about alleged Chinese mistreatment of its Uyghur community and how this will affect US-China relations.

Psaki also earned some ire online after spending nearly thirty seconds shuffling through her notes when asked a question about the coronavirus. “One moment. Thanks for your patience. Lots to say about COVID, no doubt about it. So, let’s see. Let me –let me talk to our team about it,” she ultimately answered.

Psaki held her first briefing as Biden’s press secretary last week, with her remarks already leading to a series of new memes, including over her slip-of-the-tongue suggestion that the US would welcome immigrants coming to America to “avoid prosecution,” and her suggestion saying she “hopes” that House Democrats are “not following the rules” on Donald Trump’s impeachment.

The spokeswoman made a name for herself as a gaffe-machine during the Obama presidency, becoming a source of endless ridicule after suggesting that Europe was selling gas to Russia, over her confusion of geography, and her lack of basic knowledge of terminology that the State Department was using at the time to attack Russia’s electoral system.