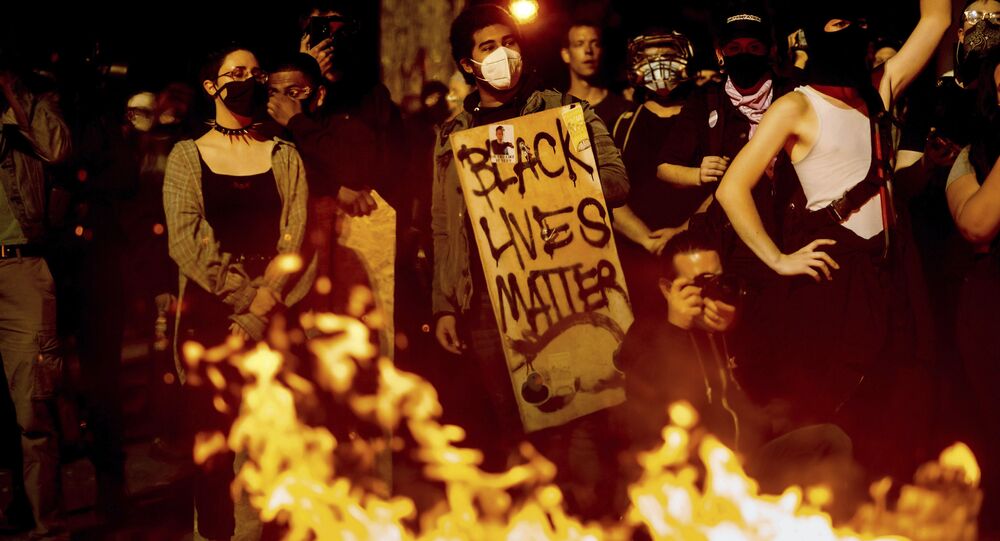 Throughout summer, 2020, the world was rocked by violent protests under the slogan 'Black Lives Matter' following the death of Minneapolis man George Floyd during a brutal police arrest. The initial demonstrations led to widespread arson, looting and violent clashes with police.

The news about the Black Lives Matter movement’s nomination for the Nobel Peace Prize by Socialist Norwegian MP Petter Eide caused a wave of uneasiness on social media this week, after the politician stated that BLM deserved the award for “raising global awareness and consciousness about racial injustice.”

We hold the largest social movement in global history. Today, we have been nominated for the Nobel Peace Prize. People are waking up to our global call: for racial justice and an end to economic injustice, environmental racism, and white supremacy. We're only getting started ✊🏾 pic.twitter.com/xjestPNFzC

While some netizens have praised the call, celebrating the movement’s role in fighting “white supremacy”, to many the nomination has proved to be contentious, bearing in mind the unrest the rioters provoked across the United States throughout the summer.

Tell me how BLM was nominate for a Nobel peace prize.

BLM has been *nominated for a "fiery but mostly peaceful" *Nobel Peace Prize
😳 pic.twitter.com/1H8OFNjtxA

BLM for the Nobel PEACE prize has to be the most oxymoronic thing I’ve heard in awhile... pic.twitter.com/1aNbnX5Bnu

Blm got nominated for a Nobel peace prize? Am I the only one who remembers when they lit a homeless guy on fire?

A group that killed countless people and caused billions in looting and property damage is most likely getting a nobel peace prize... https://t.co/zsPJQwhuGe

blm being nominated for a nobel peace prize makes me want twitter to reactivate trumps account. just for the day.

Dozens of people were killed, many injured and hundreds of arrests made in the country following acts of vandalism, looting, arson and irreparable damage to local businesses in protests that started as peaceful demonstrations in the end of May 2020.

The events were inspired by the death of 47-year-old African-American Minneapolis resident George Floyd, who died in police custody in May, after one of the police officers knelt on his neck for more than eight minutes during apprehension. The violent demonstrations swept across major American cities including Minneapolis, Seattle, Washington and New York, before eventually spreading abroad, often prompting local police officers to use tear gas and rubber bullets against the rioters. In some states, authorities were forced to turn to National Guard troops for help.

However, it was revealed this week that the Global Network Foundation for BLM has been awarded Sweden's Olof Palme human rights prize for promoting "peaceful civil disobedience against police brutality and racial violence” and making the fight for racial justice a global phenomenon.

But the fate of the 2021 Nobel Peace prize is far from certain yet, as the Oslo-based committee, which accepts applications for nominations from any politician serving at a national level, will now have to come up with a shortlist of potential awardees by the end of March. The peace prize laureates will then be decided by a majority vote in October and awarded during a ceremony on 10 December. Last year’s peace prize was handed over to the World Food Programme for “acting as a driving force in efforts to prevent the use of hunger as a weapon of war".

The Black Lives Matter movement was founded in the US in 2013 following a public outcry caused by an acquittal of the American community watcher who fatally shot 17-year-old black Florida citizen Trayvon Martin. It has received a profound attention during the protests condemning the deaths of Michael Brown, Eric Garner and recently George Floyd and Breonna Taylor at the hands of police officers.