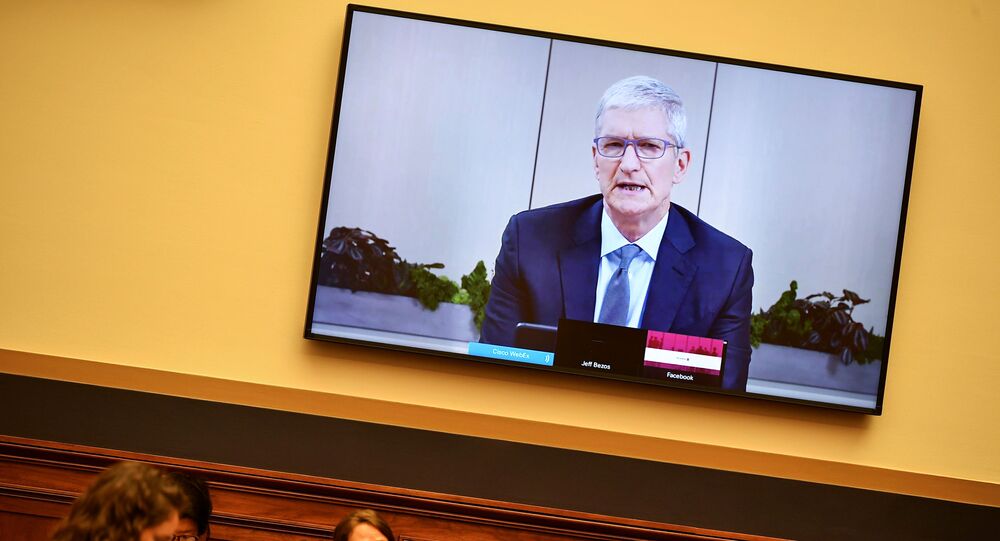 Apple announced on Thursday that the next beta release of iOS 14 will include a change in App Store applications' use of 'ID for Advertisers' (IDFA), which tracks user activity for the purpose of targeted advertising. Facebook argues the move will lead to a loss of ad revenue for 'apps and websites' and negatively impact small business.

Citing "two people with direct knowledge of Facebook’s efforts," San-Francisco, California, digital media company The Information reported Thursday that, for some months, Facebook has been prepping an antitrust lawsuit against Apple that claims the tech company abused its market power via the iOS App Store.

The report details that the alleged suit accuses Apple of "forcing app developers to abide by App Store rules that Apple’s own apps don’t have to follow."

The New York Times reported a similar story Friday, claiming "two people familiar with the deliberations" said Facebook is mulling a lawsuit based on accusations of Apple's "anticompetitive actions in its App Store."

Facebook's reported legal preparations come alongside Apple's IDFA announcement and accompanying "A Day in the Life of Your Data" handout.

"App Tracking Transparency will require apps to get the user's permission before tracking their data across apps or websites owned by other companies," the Apple handout reads.

The company emphasizes that the change in policy will allow users to "see which apps have requested permission to track so they can make changes as they see fit."

Furthermore, under the new App Store policy, "app developers cannot require you to permit tracking in order to use the app’s full capabilities."

© AFP 2021 / DENIS CHARLET
A photo taken on October 21, 2020 shows the logo of the the American online social media and social networking service, Facebook and Twitter on a computer screen in Lille

Last month, Facebook took out ads in The Wall Street Journal, The New York Times and The Washington Post that proclaimed the company would be "standing up to Apple for our small business customers and our communities" amid the changes in iOS 14.

"Apple's change will limit their ability to run personalized ads. To make ends meet, many will have to start charging you subscription fees or adding more in-app purchases, making the internet much more expensive and reducing high-quality free content," the ad read, referring to losses endured by apps that rely on advertising revenue. "Beyond hurting apps and websites, many in the small business community say this change will be devastating for them too, at a time when they face enormous challenges. They need to be able to effectively reach the people most interested in their products and services to grow."

Facebook CEO Mark Zuckerberg has also argued that Apple's policy changes are part of larger plot to position its iMessage messenger service over Facebook's Messenger app, which "comes pre-installed on every iPhone and they preference it with private APIs and permissions."

Application programming interface, or API, refers to the set of functions and procedures that allow the creation of applications that interact with features or data of an application, operating system or other service.

“Apple has every incentive to use their dominant platform position to interfere with how our apps and other apps work, which they regularly do to preference their own,” Zuckerberg said during opening remarks of his fourth quarter earnings call, as reported by CNBC. “This impacts the growth of millions of businesses around the world, including with the upcoming iOS 14 changes.” “Apple may say they’re doing this to help people but the moves clearly track their competitor interests,” the Facebook CEO added. “We and others are going to be up against this for the foreseeable future.”

Despite Zuckerberg's comments, sources that spoke with The Information claimed some higher-ups at Facebook "are concerned that Facebook is not a compelling victim" in the context of a hypothetical anti-trust lawsuit.

Google, who could also lose revenue via the new iOS 14 policy change in the App Store, issued an update to developers and the community on January 27, noting the company "will no longer use information (such as IDFA) that falls under ATT for the handful of our iOS apps that currently use it for advertising purposes."

Consequently, the permission prompt will not appear for users after Apple's policy change takes effect.