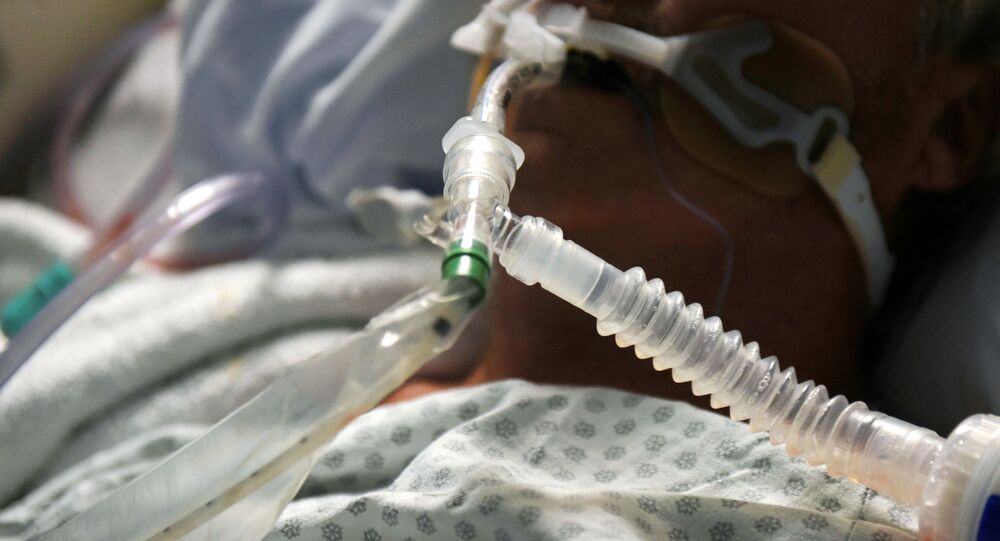 At the height of the first wave of the COVID-19 pandemic, health professionals knew little about SARS-CoV-2, the virus that causes the disease, leading to most patients being quickly hooked up to ventilators. With many facilities stocked with limited supplies, the Trump administration quickly granted pricey contracts to produce the devices.

A new report by the Government Accountability Office (GAO) has determined that the Trump administration spent roughly $200 million to send over 8,700 ventilators abroad to help other countries amid the first wave of COVID-19 pandemic.

The GAO found that the initiative was largely influenced by the Trump White House’s National Security Council (NSC) and had little, if any, input from officials at the US Agency for International Development (USAID), which is in charge of executing deliveries of aid to foreign entities.

“According to USAID, NSC staff communicated to USAID the US government decisions regarding ventilator donations, including the recipient countries, quantities, and manufacturers,” reads the report, adding that the “ventilator donation program was not part of its initial strategy for COVID-19 response.”

It remains unclear as to what guidelines Trump administration officials were following when deciding its distribution plans, especially when considering how hundreds of ventilators were shipped to countries that had fewer COVID-19 cases than others.

The GAO report states that El Salvador was issued some 600 ventilators when it only had 74 COVID-19 cases, whereas Bolivia had over 1,500 COVID-19 cases and was granted just 200 ventilators. In some cases, countries that had no reported coronavirus cases, such as Nauru, Kiribati and Papua New Guinea, received many of the expensive respiratory devices.

© AP Photo / Mark Lennihan
A cage of ventilators is moved by forklift, Tuesday, March 24, 2020 at the New York City Emergency Management Warehouse, where 400 ventilators have arrived and will be distributed.

Under Trump, USAID provided approximately 8,722 ventilators to 43 countries, including Brazil, Indonesia, South Africa, Ghana, Peru and Paraguay; however, while the allocation plans were riddled with holes, concerns also arose as officials soon determined they were unable to pinpoint exactly where some of the ventilators wound up.

While USAID can confirm that all ventilators were shipped to their intended country, the agency is unsure of the exact location of most of the respiratory devices within each nation, the watchdog found.

At present, USAID officials only know the specific locations for ventilators in 12 of the 43 recipient countries, and have only received “planned distribution lists” from 11 others. For the remaining 20 recipients, the agency has yet to receive any plans that would suggest how the ventilators were dispersed.

Although it’s unclear how long it may take, the GAO report notes that USAID has since taken up measures to begin tracking down the ventilators by working with manufacturers and others to find their respective locations.

Additionally, investigators concluded that for 21 of the 43 countries that received donations, ventilator costs “represented more than half of the total supplemental COVID-19 response funding that USAID obligated to those countries, indicating a considerable financial commitment to ventilators over other potential forms of assistance.”

In countries such as El Salvador, Paraguay and Egypt, the allotted COVID-19 funding was entirely consumed by ventilator donations. In Bolivia, the report notes, “obligations for 200 ventilators for Bolivia represented about 87 percent of total obligations for COVID-19-related assistance to that country.”

The GAO report came as the House Oversight subcommittee on Economic and Consumer Policy initiated an investigation into the Trump administration’s purchases of ventilators. The panel is specifically investigating Trump's deal to buy some $70 million worth of ventilators amid the pandemic, despite the fact that the ventilators were found to be inadequate for most COVID-19 patients.