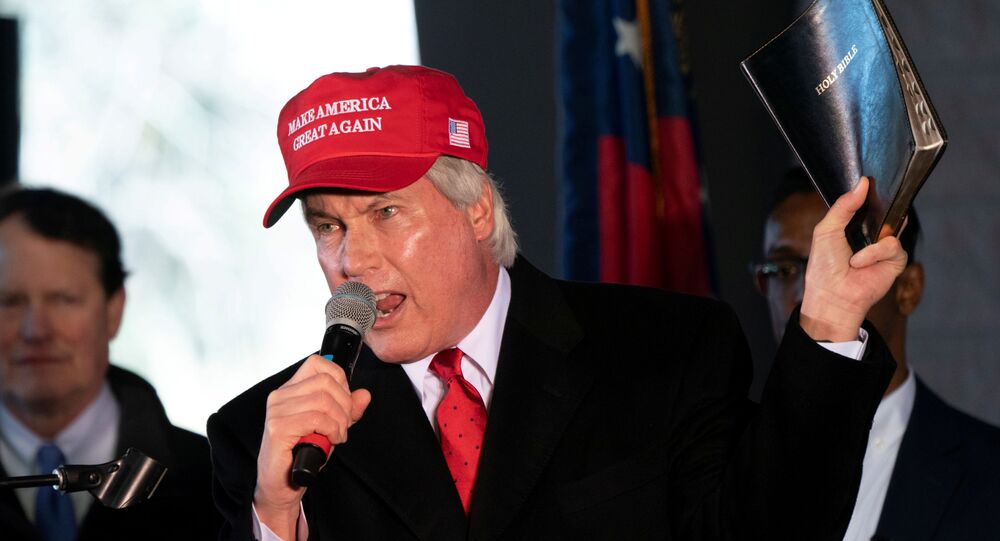 Wood took to Telegram Thursday to assert that he has no intention of submitting to the mental health evaluation requested by the State Bar of Georgia, the governing body of the legal profession in the US state of Georgia.

“My mind is sound. I have broken no rules. I asked what I had done wrong. I was only told it was about my social media comments. My speech,” he wrote, as reported by Retuers.

Wood, a longterm supporter of the former US president, Donald Trump, who was also hired to litigate for 45, was permanently suspended from Twitter earlier this month after attempting to subvert a temporary suspension by posting from a second account. The initial reprimand from the social media outlet came after the attorney posted a series of pro-Trump tweets leading up to the deadly January 6 riot and storming of the Capitol building in Washington DC.

"The time has come Patriots. This is our time. Time to take back our country. Time to fight for our freedom. Pledge your lives, your fortunes, & your sacred honor," he tweeted on January 6. "Speak TRUTH. Be FEARLESS. Almighty God is with you. TODAY IS OUR DAY."

Wood doubled down on his Thursday post the following day, claiming he was exercising his First Amendment right of free speech.

"I have done nothing wrong. I have only exercised my right of free speech," Wood claimed in follow-up post on Friday. "I will not allow the State Bar to persecute me for doing so and thereby violate my Constitutional rights."

Brian Faughnan, a Tennessee-based lawyer, told the outlet that it is uncommon for a state bar to request a lawyer submit to a mental health evaluation. Additionally, while such matters are usually kept confidential, Wood "waived" his right to confidentiality by posting about it on social media.

Lin Wood has been terminated as counsel at this time. His comments about me are untrue, unfair, and unfounded.

​“I have ended my lawyer-client relationship with Mr. Wood and no longer wish to be represented by him in the above-captioned action,” Sandmann wrote in affidavits submitted in each of his six pending lawsuits, according to the Cincinatti Enquirer.

Prior to the announcement, Sandmann replied "what the hell" in response to a January 1 tweet from Wood that asserted Pence "will face execution by firing squad" if arrested.

'He will face execution by firing squad...' pic.twitter.com/LrELxgjuZQ

Following his perma-ban on Twitter, Wood took to Parler and told followers to "get the firing squad ready" and "Pence goes FIRST."