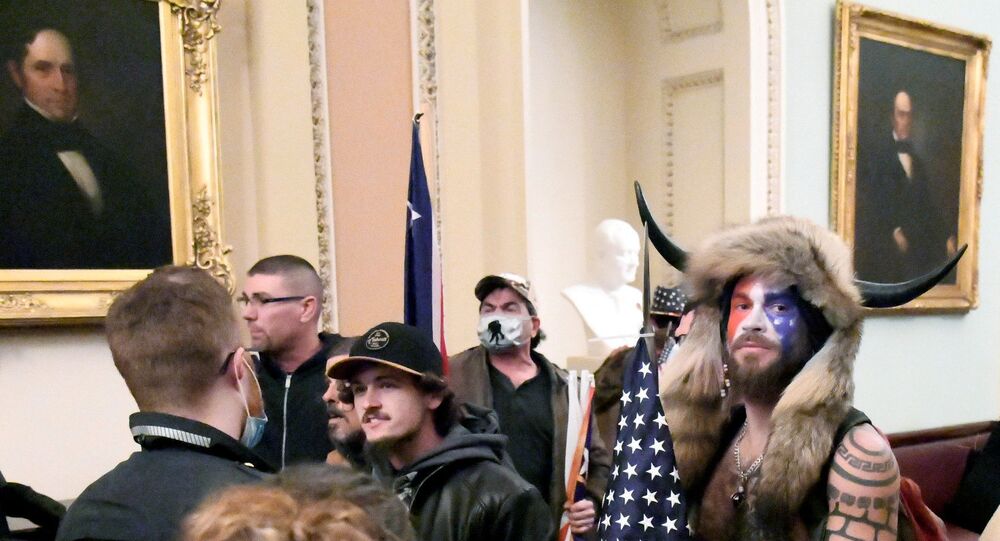 According to the lawyer, Chansley was previously "horrendously smitten" by Trump but now feels like he was betrayed after the former leader's refusal to grant his client and others who participated in the riot a pardon.

Watkins has not spoken to any senator on the matter yet but believes it is important that the senators hear the voice of those who were incited by Trump. In addition to Chansley, at least four more people facing federal charges over the riot have said that Trump's words prompted them to storm the Capitol, AP reported, adding that their testimony could be heard in the impeachment process, scheduled for early February.

Earlier in January, a federal court in the US District of Columbia charged Chansley with knowingly entering and remaining in a restricted building without lawful authority, as well as with violent entry and disorderly conduct on Capitol grounds.

On 6 January, Trump supporters stormed Capitol Hill in a bid to prevent Congress from certifying President Joe Biden's victory after Trump urged them to not allow the election to be stolen. Five people died and more than 170 cases have been open by police in connection to the riots. As a result, the US House of Representatives impeached Trump for inciting the riot.