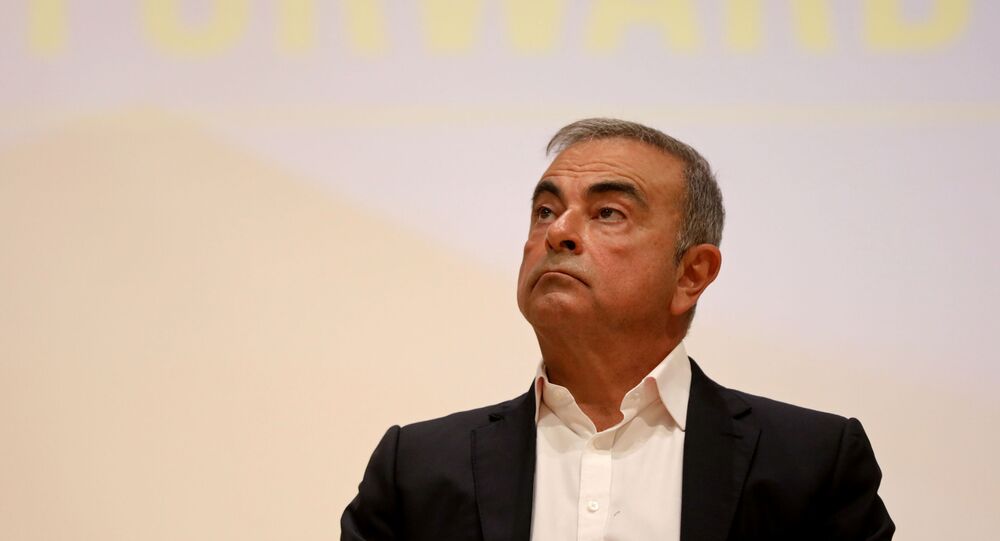 Carlos Ghosn, former chief of the Renault-Nissan-Mitsubishi multinational corporation, was arrested in 2018 on charges of money laundering and tax evasion during his time of managing the automaker giant - charges that he has denied.

US Federal Judge Indira Talwani on Thursday allowed the extradition to Japan of two men, US Army Special Forces veteran Michael Taylor and his son, Peter Taylor, based on accusations that they aided former Nissan chief Carlos Ghosn to flee the country.

According to the judge, the US has "sufficiently established that the actions the Taylors are alleged to have committed amount to an extraditable offense", although, she noted, "prison conditions in Japan may be deplorable".

The father and the son were arrested in May 2020 at the request of Tokyo. In September 2020, the US court ruled that they could be extradited to Japan, as the Taylor lawyers later argued that the two could not be prosecuted in the country for helping someone "bail jump" and claiming that they could face torture if they were sent to Japan.

Their point was supported by Ghosn himself, who claimed that he faced prolonged detention and was tortured and intimidated in Japan, asserting that the Taylors would face "similar or worse conditions".

The Former Nissan chief is accused of financial fraud, allegedly conducted during his time at the company, with the firm seeking millions of dollars of damages from the former corporate boss. Ghosn has denied any wrongdoing and called the accusations “plot and treason” by Nissan executives.

Ghosn was arrested by Japanese authorities in November 2018, but was later "sneaked out" and arrived to his home country of Lebanon.