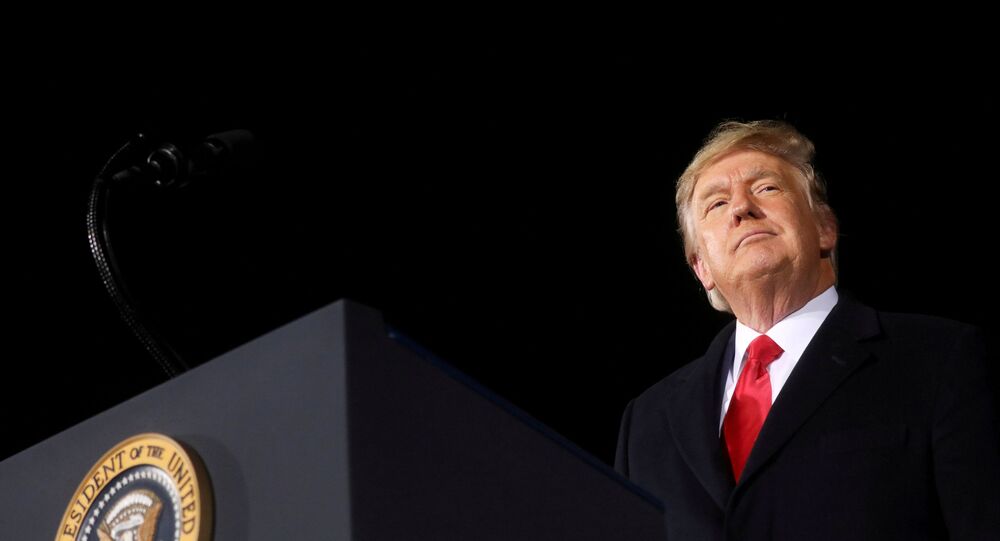 Republican House minority leader Kevin McCarthy was quick to accuse Donald Trump of inciting the deadly January 6 occupation of the US Capitol building, but has since balked at supporting the Democrat effort to impeach the former president in the Senate, as well as the House.

Former US President Donald Trump met Republican House minority leader Kevin McCarthy in Florida to create a plan to win back the lower chamber of the US Congress for the GOP in two years' time.

The political maverick ex-president welcomed the Washington DC insider at the former's Mar-a-Lago resort in Florida on Thursday, according to Trump's political action committee, Save America PAC.

"President Trump has agreed to work with Leader McCarthy on helping the Republican Party to become a majority in the House," the Trump PAC said in a statement, adding the meeting "was a very good and cordial one."

All 435 House of Representatives seats will be up for grabs in the 2022 mid-term elections. Despite losing the White House in the November 3 general election — a result Trump continues to dispute, claiming ballot fraud — Republicans ate into a House majority the Democrats had held since 2018, also winning seats in state legislatures across the country.

McCarthy was among the many career Republican politicians who blame the former president for the deadly January 6 storming of the Capitol building by several hundred Trump supporters who broke away from a pro-Trump "Stop the Steal" rally outside the White House — ignoring calls for them to remain peaceful and cooperate with police.

However, the House minority leader changed tack and opposed the Democrat-led second Trump impeachment in the House over "incitement of insurrection".

© REUTERS / POOL
Dem Senator Ponders 'Alternative' to Impeachment Able to 'Hold Trump Accountable'
The brief occupation, which saw five people killed including a Capitol police officer, prompted a panicked evacuation of a joint sitting of the House and Senate, but failing to challenge Democrat Joe Biden's confirmation as president.

One protester, 35-year-old US Air Force veteran Ashli Babbitt, was fatally shot by a plainclothes officer inside the building, while police officer Brian Sicknick died in hospital after being beaten to death by Trump supporters outside the building. Three other protesters died of medical causes including heart attack and self-tasing, while two police officers who were guarding the building have since committed suicide.

Conviction in the Senate, which requires a two-thirds supermajority vote, would result in Trump being barred from holding public office, a move supported by some Republicans who opposed the president even after his 2016 election. Thursday's meeting may indicate Republicans are having second thoughts about ditching the still-popular leader.