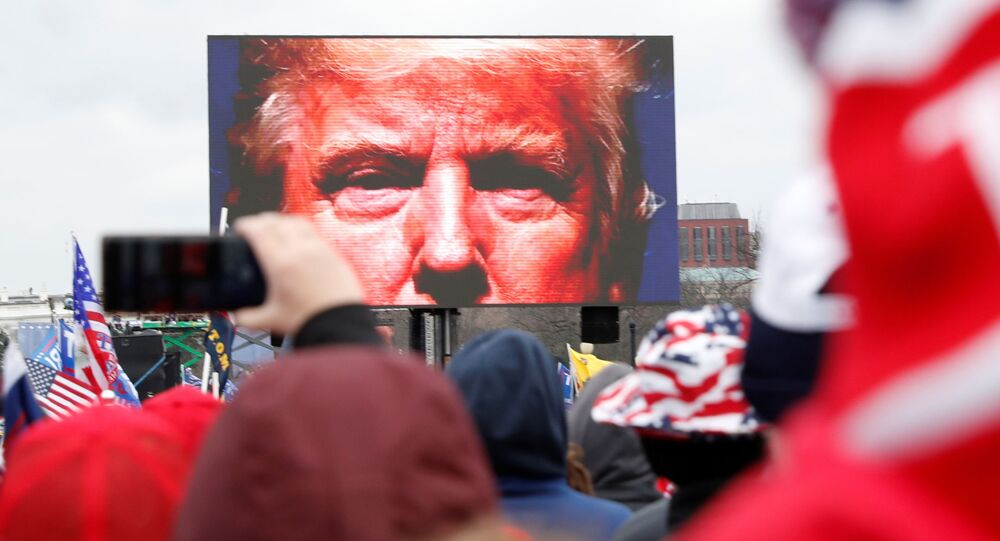 Chris Stirewalt, who started at Fox News in July 2010, was part of the network's 'Decision Desk' for the 2020 presidential election, and was the first to announce now-US President Joe Biden's win in the historically red, or Republican, state of Arizona.

About a week after being fired from the Fox News Channel, Stirewalt, 45, published a new opinion piece in the Los Angeles Times to condemn "political operators and their hype men in the media" and express how "proud" he was for remaining true to his profession.

"I was proud of our being first to project that Joe Biden would win Arizona, and very happy to defend that call in the face of a public backlash egged on by former President Trump," he wrote in the January 28 article. "Being right and beating the competition is no act of heroism; it’s just meeting the job description of the work I love. But what happens now that there are almost no physical limits on the getting and giving of the news?"

Fox News caught backlash from pro-Trump supporters and Arizona’s Republican governor, Doug Ducey, who continued to claim that it was "far too early to call the election in Arizona." At the time, some one million ballots had yet to be counted.

Stirewalt was one of 20 staffers laid off from Fox News Digital on January 19.

“As we conclude the 2020 election cycle, Fox News Digital has realigned its business and reporting structure to meet the demands of this new era,” a Fox News spokesperson said in a statement obtained by The Wrap. “We are confident these changes will ensure the platform continues to deliver breakthrough reporting and insightful analysis surrounding major issues, both stateside and abroad.”

The veteran journalist stated that media needs to confront “a nation of news consumers both overfed and malnourished.”

“Americans gorge themselves daily on empty informational calories, indulging their sugar fixes of self-affirming half-truths and even outright lies,” Stirewalt wrote. “Can anyone really be surprised that the problem has gotten worse in the last few years?”

He also highlighted that networks have "increasingly prioritized habituation over information," which he believes indulges "consumer’s worst cravings" and translates to "informational malnourishment."

Stirewalt's comments come just days after journalist Megyn Kelly, a former longtime Fox News employee, claimed that what she characterized as US mainstream corporate media had played a significant role in creating the current division and lack of trust in media and government.

"The media destroyed itself, but Trump certainly helped," Kelly told BBC 'Newsnight' presenter Emily Maitlis. "He sort of set a trap that they walked right into and it worked, brilliantly."

Speaking to @maitlis last night, journalist @megynkelly says Donald Trump's temperament "sullied his legacy on his way out of the door" https://t.co/tQ874THGUx#Newsnight pic.twitter.com/GSxRbrqBKP

Recounting CNN's news coverage prior to Trump's presidency, the former Fox News host admitted that she "watched a lot" of rival network programming and initially disagreed with Trump's early claims of bias.

"I was like, this is unfair," Kelly recalled, "CNN may be a little boring, but it is fair and it's factual and it's not biased against Trump. And then they spent the next four years proving him right [and] proving me wrong. They hated him so much they checked their objectivity," she proclaimed, noting that it was "not just CNN - it was all of them."