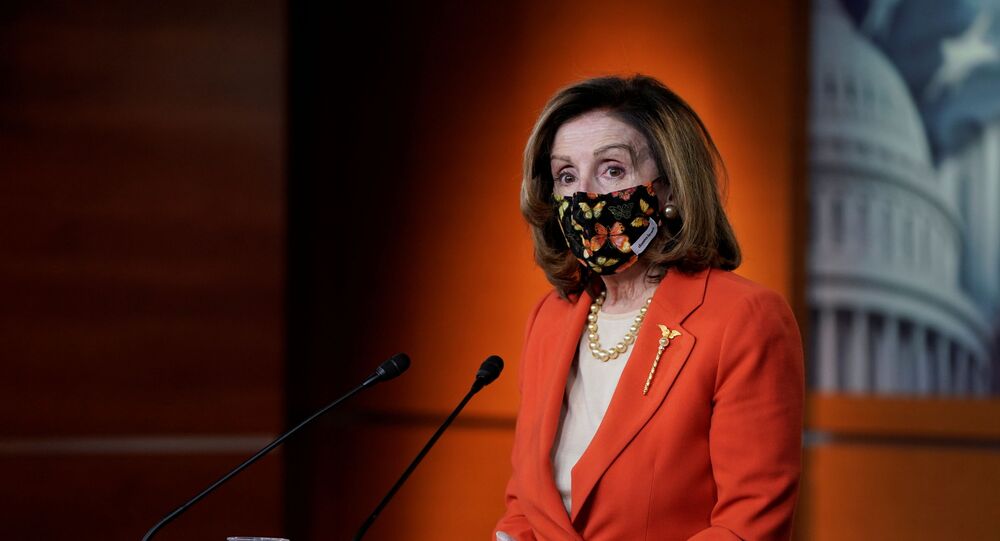 US President Joe Biden’s COVID-19 relief plans aim to inject more funds into the nation's healthcare system and economy as the deadly pandemic continues to ravage the American public. While many lawmakers are in support of the plan, Republican officials are not fully on board with all aspects of the relief.

House Speaker Nancy Pelosi (D-CA) told reporters on Thursday that members of the House of Representatives would begin taking up efforts to pass the Biden administration’s proposed COVID-19 relief plan, starting next week.

The California Democrat indicated the House chamber would be moving forward with its intention by using budget reconciliation procedures so that Dems could clear the pandemic aid bill, with or without GOP support.

The arcane reconciliation process allows congressional lawmakers to advance certain spending or tax bills through a simple majority, sidestepping the typical 60-vote threshold that most pieces of legislation need in order to be considered. The first step in the process is a budget resolution that will serve as a blueprint for a committee to write out the funding measure, which in this case is what Pelosi intends to introduce in the coming week.

Pelosi explained to reporters during a conference that “by the end of the week we’ll be finished with the budget resolution.” She added that while officials hope to gain Republican support for the COVID-19 plan, Democrats must prepare for all outcomes.

“We have to be ready,” she stressed, also noting that Democrats “have more leverage getting cooperation on the other side if they know we have an alternative as well.”

Echoing remarks made previously by Senate Majority Leader Chuck Schumer (D-NY), Sen. Dick Durbin (D-IL) stated that the Senate chamber is “hoping” to also hold a vote on a budget resolution next week.

Biden’s relief measures include speeding up vaccination efforts and providing financial support to struggling Americans and small businesses hurt by the pandemic’s effects on the US economy. The plan specifically calls for upping unemployment support by $300 and sending out another direct payment to eligible Americans, among other programs.

Republican lawmakers have supported the call to increase funding for vaccination efforts, but have stepped back from providing $1,400 stimulus check to the needy and a $350 billion lifeline that Biden intends to give to state and local governments.

Biden has not yet endorsed the reconciliation process put forth by the Democrats, explaining that he prefers to see how negotiations with Republican lawmakers proceed. During his inaugural speech, Biden called on both parties to “set aside politics and finally face this pandemic as one nation.”

While the budget reconciliation option does give Democrats a valid workaround, it poses issues since it restricts what Congress is allowed to put into legislation. With the COVID-19 plan in mind, it’s unclear whether Democrats will be able to include all their proposals into a measure meant to pass with a simple majority.

All in the Family? Nancy Pelosi's Spouse Places Up to $1 Million Bet on Tesla's Future