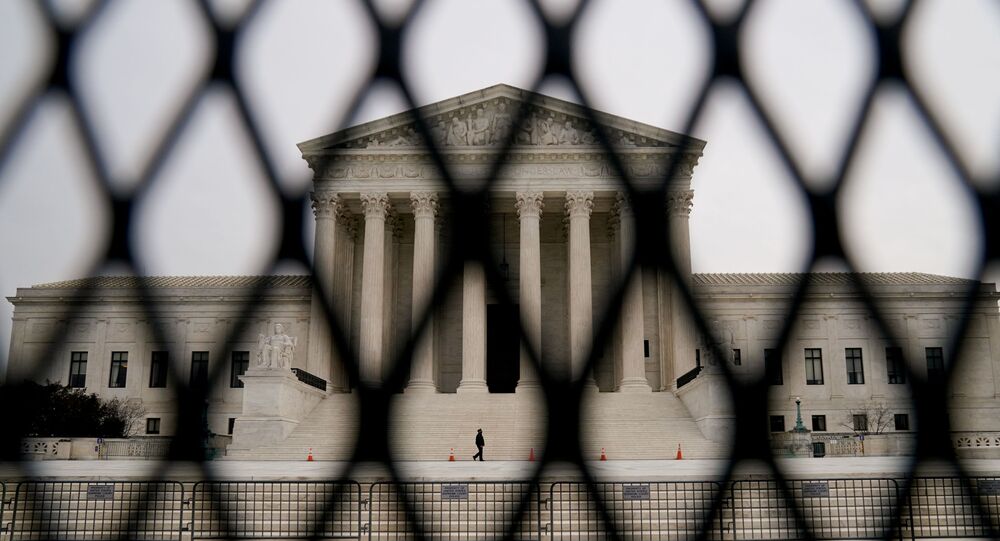 Members of the US Supreme Court are appointed for life and the judicial appointments made by each president have a lasting effect on public policy. Some Democrats have proposed adding more seats to the Supreme Court in order to be able to appoint more liberarls to the body.

US President Joe Biden is set to summon a bipartisan commission to consider reforms to the Supreme Court and the federal judiciary, Politico reported on Wednesday, citing an unnamed source.

Its list of members has not been approved yet, but the report named a number of high-ranking lawyers. The commission would reportedly be run by the White House Counsel’s office.

“The President remains committed to an expert study of the role and debate over reform of the court and will have more to say in the coming weeks," a White House official said, as cited by Fox News.

At the same time, an administration official pointed out that the commission is part of a broader effort to review reform, with more focus on the lower courts. As Senate Majority Leader Chuck Schumer claimed on Monday, Democrats intend to expand the number of judges in district and circuit courts to undo the effect of former US President Donald Trump’s appointment of more than 200 judges.

In American history the composition of the Supreme Court has changed several times, but since 1869 it has remained unchanged and has nine members. The Constitution allows for the possibility to change the composition but this can only be done with the approval of two chambers of the US Congress.

The US Supreme Court became one of the most essential issues during the tense 2020 presidential race. After Trump appointed Amy Coney Barrett (ACB) to the Supreme Court on 27 October last year following the passing of Justice Ruth Bader Ginsburg, Democrats lashed out with criticism, claiming that Trump had to wait until the elections had concluded, while GOP lawmakers insisted that the former president had the legal right to the move.

In October Biden avoided directly answering a question about the possibility to expand the Supreme Court, stressing later that he would convene a bipartisan commission of scholars if elected to study a federal judicial reform.

"The last thing we need to do is turn the Supreme Court into just a political football, whoever has the most votes gets whatever they want. Presidents come and go. Supreme Court justices stay for generations," Biden said in a 60 Minutes interview in October.