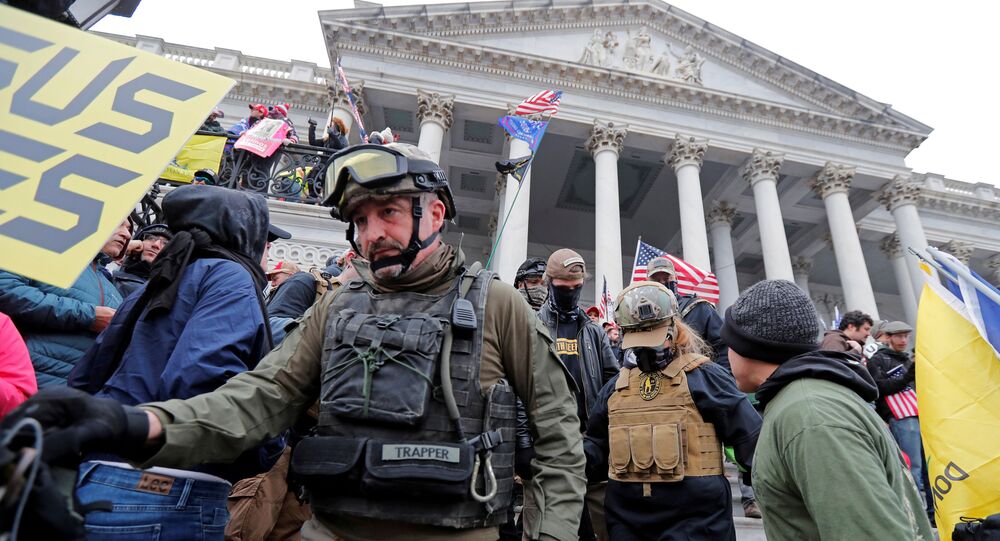 WASHINGTON, January 28 (Sputnik) - Three individuals affiliated with the Oath Keepers have been indicted in federal court for allegedly participating in the January 6 siege at the US Capitol building, the Justice Department said.

"Three individuals associated with the Oath Keepers, a paramilitary organization focused on recruitment of current and former military, law enforcement, and first responder personnel, were indicted today in federal court in the District of Columbia for conspiring to obstruct Congress, among other charges," the Justice Department said in a press release on Wednesday.

The three individuals face charges of conspiracy, obstructing an official proceeding, destruction of government property, and unlawful entry into a restricted building, the release said.

Three Individuals Affiliated With the Oath Keepers Indicted in Federal Court for Conspiracy to Obstruct Congress on Jan. 6, 2021https://t.co/14RkectKf8 pic.twitter.com/mJYnG6Mexc

​The release said the three individuals had documented their participation in the Capitol riot on social media.

They could face up to 20 years in prison for obstructing an official proceeding.