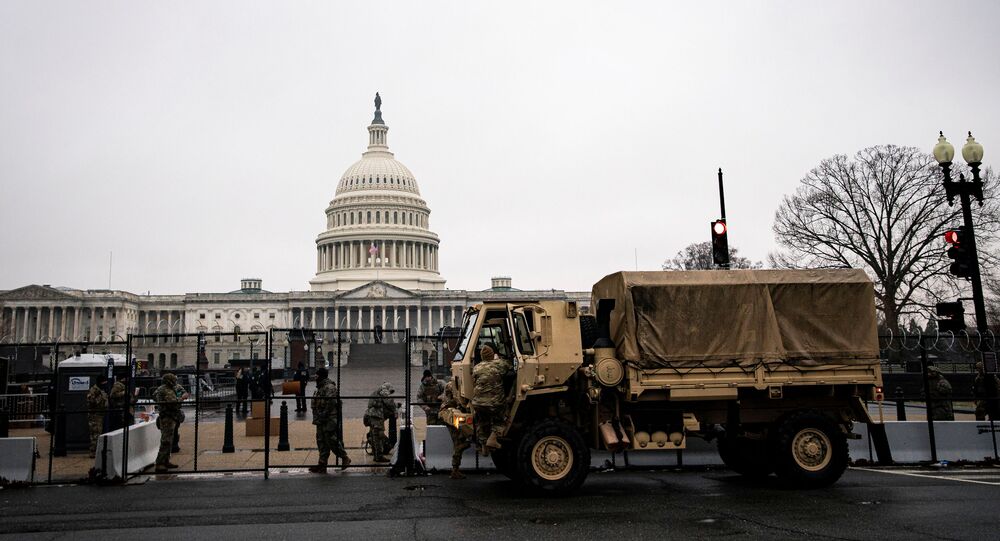 In the wake of Trump supporters storming the US Capitol, congressional lawmakers have held several hearings in an effort to gain a clearer picture of the deadly events that unfolded on January 6, and to better understand the security failures that allowed individuals to ransack the federal building and kill a law enforcement officer.

Acting Metropolitan Police Chief Robert Contee touched on a variety of aspects regarding the deadly Capitol riot during a Tuesday congressional hearing, highlighting that he was most “stunned at the tepid response” from the US Army as officials sought additional forces to control rioters.

Delivering his testimony to the House Appropriations Committee, Contee revealed that during a call with US Capitol Police, DC National Guard and Army leadership, Trump-appointed political representatives with the US Department of Defense were hesitant to deploy troops over concerns of what the public might think.

"While I certainly understand the importance of both planning and public perception - the factors cited by the staff on the call - these issues become secondary when you are watching your employees, vastly outnumbered by a mob, being physically assaulted,” Contee told lawmakers. “I was able to quickly deploy my force and issue directives to them while they were in the field, and I was honestly shocked that the National Guard could not - or would not - do the same."

Federal officials have rejected claims that there was a delay in offering National Guard troops to contain the insurrection. Maj. Gen. William Walker, the commander of the DC National Guard, told the Washington Post on Wednesday that he was, however, prevented from deploying forces as the Pentagon had restricted his authority in the days ahead of the riot.

Contee further explained that when he asked for DoD officials to clarify their plans, “staff responded that they were not refusing to send [troops], but wanted to know the plan and did not like the optics of boots on the ground at the Capitol.”

Although troves of officers and National Guard forces were eventually deployed, it took several hours for rioters to be removed from the Capitol grounds, even after Washington DC Mayor Muriel Bowser imposed a citywide curfew. US lawmakers did not resume their electoral recount until about 8 p.m.

The Metropolitan Police Department (MPD) deployed over 850 officers, costing city taxpayers at least $8.8 million, Contee told officials, noting that the final price tag is likely to be much higher. “The costs for this insurrection - both human and monetary - will be steep,” he said.

Per Contee’s testimony, 65 MPD officers sustained injuries that were documented in injury reports. The official underscored that the number of injured officers was more than likely a lot higher as many cops “did not even bother to report” wounds they sustained while attempting to control the crowds.

As for the National Guard, over 20,000 troops from around the country were authorized to relocate to DC ahead of US President Joe Biden’s inauguration. In days since, the majority of the soldiers have returned to their home bases, with an estimated 7,000 ordered to remain in the city. A National Guard force of approximately 5,000 is expected to stay in the city until at least mid-March.

Amid the testimony, Contee also identified Jeffrey Smith, a 12-year veteran with the MPD, as the second police officer to commit suicide after responding to the January 6 Capitol riot.

"Tragically, two officers who were at the Capitol on January 6th, one each from the Capitol Police and MPD, took their own lives in the aftermath of that battle," Contee said in his statement to the committee.

According to the Washington Times, Smith reportedly died nine days after the Capitol riot, on January 15.

Additionally, Contee noted during the hearing that US Capitol Police (USCP) Officer Howard Liebengood had committed suicide on January 9. The USCP did not previously offer details on Liebengood's cause of death when it was first announced.

Capitol Police Office Brian Sicknick, another officer who responded to the riot, and was beaten to death by Trump supporters as they attempted to gain entry into the Capitol.

Four others, who participated in Trump's so-called Stop the Steal rally on the White House lawn, made their way to the US Capitol and died there, one shot to death by Capitol police as they tried to gain illegal access through a broken door.