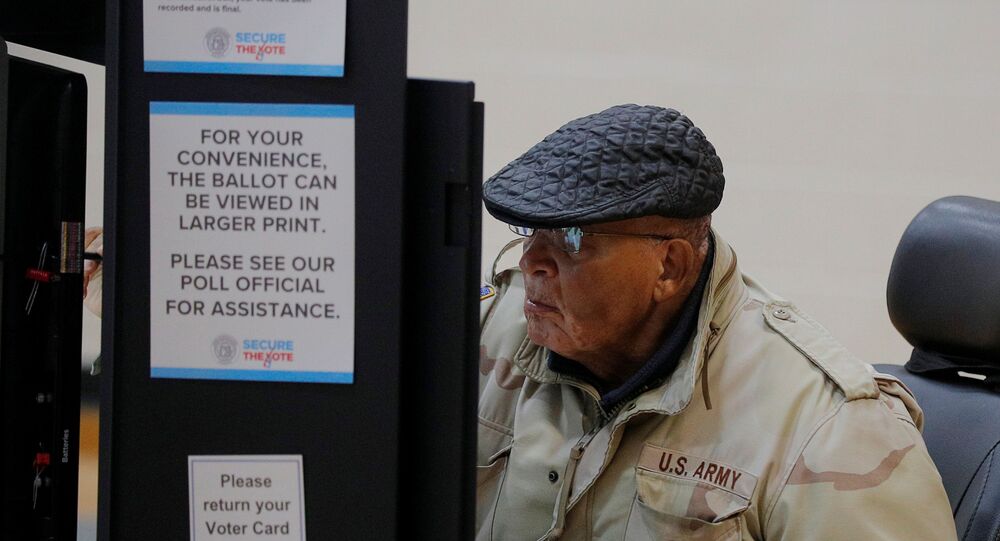 On 6 January supporters of former US President Donald Trump broke into the US Capitol building as a joint session of Congress was certifying the results of the 14 December 2020 Electoral College vote. During the violent attack four civilians and one police officer were killed.

Over 30,000 registered Republicans have switched their party since the violent Capitol uprising, The Hill reported on Wednesday.

According to the news outlet, roughly 30,000 “runaways” were counted in the few states that provide weekly electoral data and numbers of switching voters, therefore the actual figures of those leaving the GOP could be much higher.

While changing voter registration is a regular practice, the statistics of the weeks after 6 January depict far more Republicans switching their party than Democrats.

Notably, that the biggest part of switched voters in Pennsylvania (3,476 of total 10,000) did not join the Democratic Party, favoring another party or none at all. At the same time, a third of Pennsylvania Democrats chose the GOP (2,093 through Monday) and another minor party or no party (1,184).

About 6,000 North Carolina voters left the Republican Party, along with 5,000 voters from Arizona, 4,500 from Colorado and 2,300 from Maryland. The number of Democrats in these states who dropped out of the party is a small number compared of Republican defectors.

Experts believe that those who left the GOP are experienced voters who are “sophisticated enough to change the party registration.”

“Prior to the election, the trend was in the opposite direction, there were more Republicans that were registering. It’s not just like it’s a little blip, it’s also a blip in a different direction than we’ve seen in previous years,” noted Michael McDonald, a voting and elections expert at the University of Florida, cited by The Hill.

The Republican Party lost its majority in the US Senate after three Democratic candidates won their 2020 elections. At the moment, the Senate alignment is 50 Democrats and 50 Republicans. However, the US Vice President is a Democrat and can vote in the event of an equal number of votes, giving the Democratic Party de facto control of the Senate. In the lower house of Congress, Republicans are also in the minority. Thus, for the first time since 2011, the US Democratic Party has formal control over the Congress.

The deadly 6 January pro-Trump rally in Washington DC, became a violent uprising as protesters broke into the US Capitol building, resulting in five deaths. After claims that Trump engaged in "incitement of insurrection" by encouraging the 6 January riot, the US House of Representatives on January 13 impeached him a second time. An impeachment conviction trial in the Senate is pending after the House article arrived on Monday. Trump’s trial in the Senate is expected to start on February 9.

Tags:
US Capitol, US Congress, US House of Representatives, US Senate, Democrats, Republicans
Community standardsDiscussion