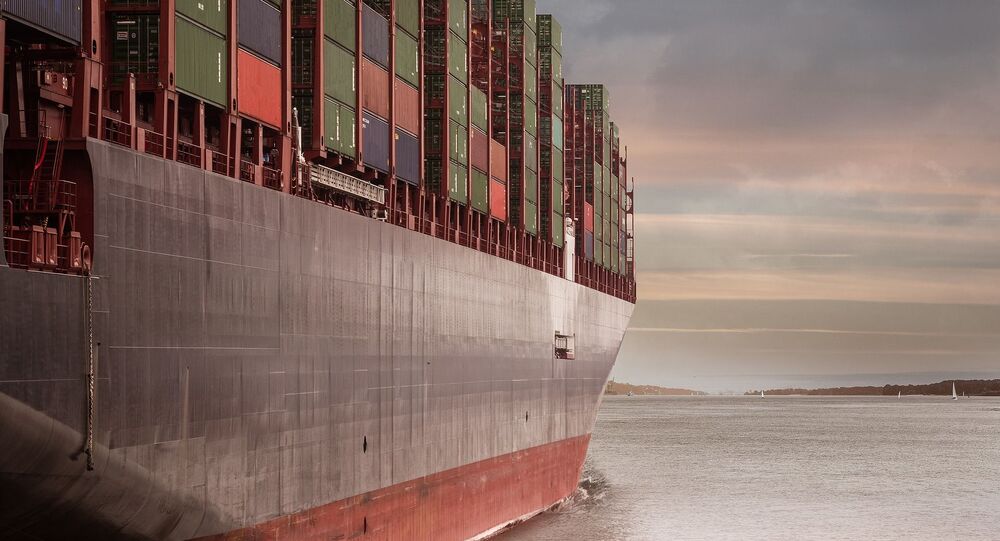 Last year, Beijing and Washington managed to clinch the so-called Phase One trade deal, which stipulates China buying an additional $200 billion worth of US-made goods and services over the next two years, including $40 billion in agricultural goods.

The US Federal Maritime Commission (FMC) has launched an investigation into alleged previous practices of the country’s shipping carriers, which sent empty containers back to China instead of loading them with American agricultural goods.

When in China, the containers were swiftly loaded with more profitable cargo to be sent back to the US.

The probe comes after the FMC received a spate of petitions from US agricultural exporters warning that the delays in trade hamper profits and tarnish the industry’s reputation.

The CNBC news network reported that shippers had rejected at least 177,938 containers known as TEUs (20-foot equivalent units) at the ports of Los Angeles, New York, and New Jersey between October and November 2020. The total lost value of agricultural export trade from the empty containers amounted to $632 million.

The FMC is currently trying to determine whether shipping companies’ refusal to load US export cargo was a violation of the US Shipping Act of 1984.

The document makes it unlawful for shipping carriers to "unreasonably refuse to deal or negotiate", "boycott or take any other concerted action resulting in an unreasonable refusal to deal", or "engage in conduct that unreasonably restricts the use of intermodal services”.

John Martin, manager of the economic and transportation consulting firm Martin Associates, told CNBC that “compared to the same months in the previous time periods, there is a clear increase in the ratio of empty export containers to total exports”. According to him, “this underscores our [US] continued dependency on China”.

Gene Seroka, executive director of the Port of Los Angeles, in turn, underlined that “American farmers and agricultural exporters should not have to search for containers to get their goods to market”.

In an interview with CNBC, the official underscored the necessity of the US hammering out “a cohesive export policy that addresses a range of issues, including container accessibility for our agricultural markets throughout the country”.

The developments come amid an ongoing trade row between China and the US, which began on 22 January 2018, when Trump announced duties on Chinese-made solar panels and washing machines. A raft of tit-for-tat tariffs soon took the two countries toward a full-blown trade confrontation.

© AP Photo / Ahn Young-joon
China To Reveal 'Sweeping' Support Plans For Mainland Chip Industry To Counter US Trade War - Report
In a bid to resolve the dispute, the sides managed to agree last year on the so-called Phase One Trade Deal, which stipulates China purchasing an additional $200 billion worth of US-made goods and services over the next two years.

The future of the deal, however, remains unclear given that newly-confirmed US Secretary of State Antony Blinken told lawmakers last week that there is "no doubt" that China poses one of the most significant challenges to the US, underscoring that Washington should approach Beijing from a "position of strength."

President Joe Biden, for his part, noted that he wanted to conduct a full review of the existing trade agreement with China and consult with the US' traditional allies in Asia and Europe in order to develop a “coherent strategy” on the matter.

Biden Says He Has No Plans to Strengthen US Sanctions, Tariffs Imposed on China