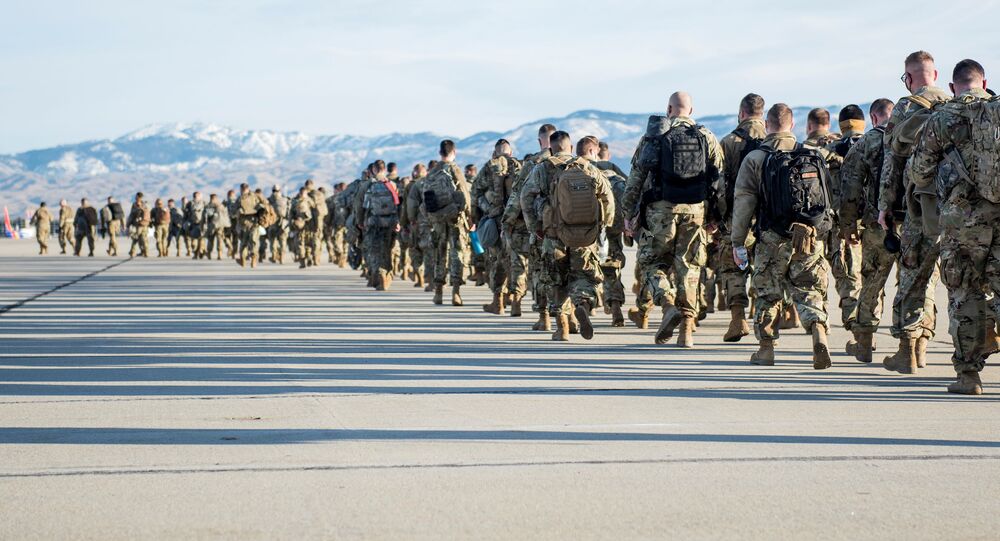 Opponents of former President Donald Trump have repeatedly condemned him over purportedly failing to uphold American values and democracy. They also slammed him for allegedly corroding the trust of the country's foreign allies by gradually reducing Washington's military commitments and causing spats with longtime friends of the nation.

Retired admiral and former Navy SEAL, William McRaven has suggested in an interview for "The General and The Ambassador Podcast" that it is not US presidents, the Congress, secretaries of defence, or other officials who represent and promote American values, but rather the people serving the country on the ground.

The retired SEAL, who oversaw the raid on the residence of Osama bin Laden in 2011, argued that it is lower-level inviduals who are actually impacting their lives and hence affect the nation's image and capability to promote its values abroad more than the leaders or top brass in Washington.

McRaven thus urged young Americans not to hesitate and join either the military, or foreign service, or one of the intelligence agencies, and serve their country, even if they previously had reservations related to the US leadership. It is unclear if the retired general was referring to someone specific, but, in the past, he publicly criticised former President Donald Trump for the purported damage he allegedly caused to America's image. McRaven argued that Trump's actions had eroded the trust between Washington and its allies, as well as undermined the US military's ability to attract new talent.

"If we can't have faith in our nation's principles, why would the men and women of this nation join the military. If we are not the champions of the good and the right, then who will follow us? And if no one follows us — where will the world end up?", the retired general wondered in an op-ed for The New York Times.

The ex-Navy SEAL wrote the article in response to Trump's move to withdraw American troops from Syria, a feat he never carried out in full, just ahead of a Turkish military operation targeting the local Kurdish militia backed by Washington. The former US president also gradually reduced America's foreign military commitments, specifically in Afghanistan and in Germany, while arguing that the nation's allies should do more for their own protection.