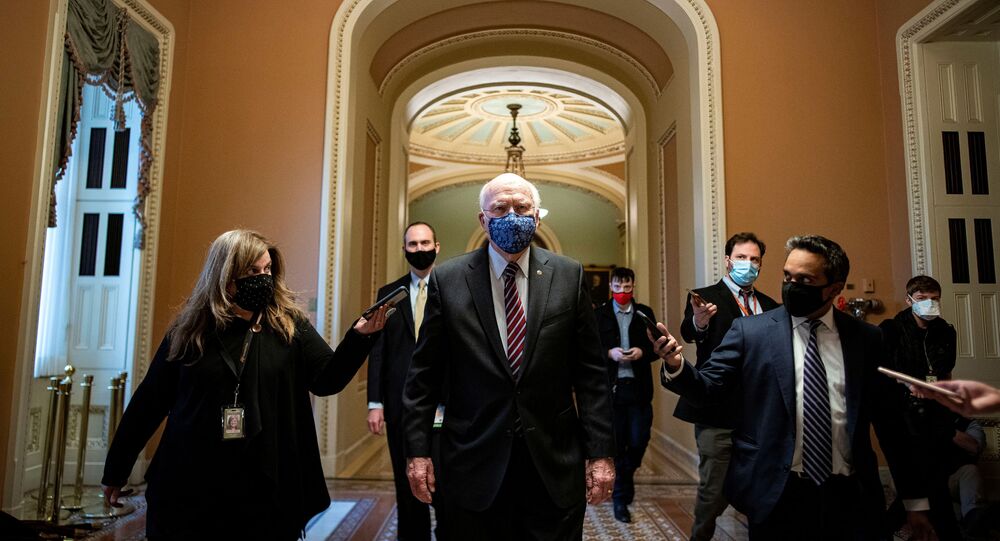 As President pro tempore of the Senate, US Sen. Patrick Leahy (D-VT) is third in the presidential line of succession, after Vice President Kamala Harris and House Speaker Nancy Pelosi.

Leahy was taken to the hospital on Tuesday evening "out of an abundance of caution" after feeling ill in his office, according to a press release. At 80 years old, he is the eldest member of the Senate.

Leahy is the oldest member of Congress and the seniormost lawmaker in the US Senate. As such, he was recently given the role of President pro tempore, in which he oversees the chamber's affairs when Vice President Kamala Harris is not presiding as its president.

Among those duties is heading the impending impeachment trial of former US President Donald Trump, who was charged earlier this month with inciting the January 6 insurrection in which his supporters stormed the Capitol building and dispersed Congress in a bid to halt the election results from being certified.

Leahy is the last remaining lawmaker from the so-called "Watergate babies," a group of Democrats elected to Congress in the wake of former US President Richard Nixon's 1974 resignation as a result of the Watergate Scandal. In the past he has headed the Senate's judiciary and agriculture committees and he remains the ranking member of the Appropriations Committee. The Leahy Laws, which bar the US departments of state and defense from sending aid to the militaries of nations that routinely violate human rights, are named after him.