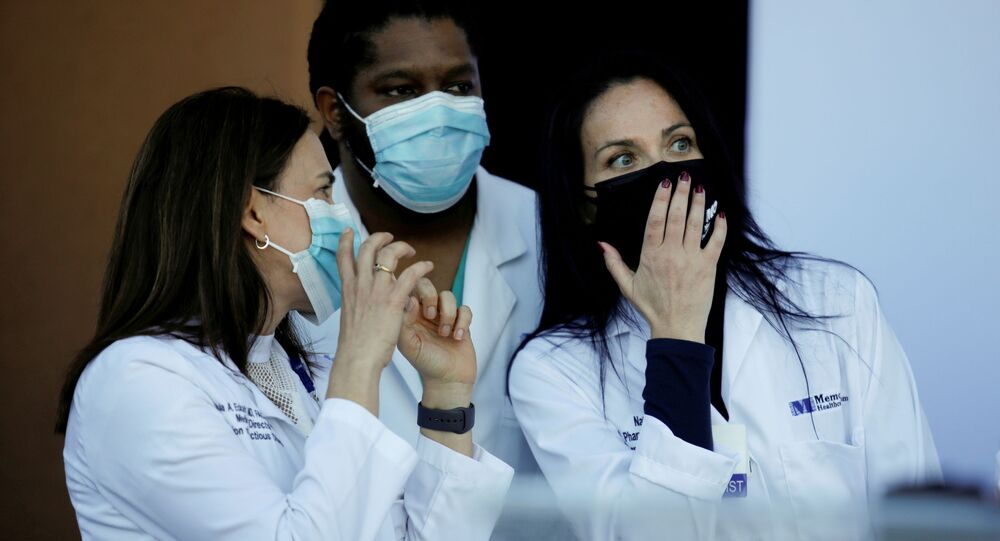 WASHINGTON (Sputnik) - The Biden administration is working to purchase an additional 200 million additional doses of COVID-19 vaccines, to reach 600 million doses this summer and vaccinate 300 million people, the White House said in a press release.

"The Biden-Harris administration is working to purchase an additional 100 million doses of each of the two Food and Drug Administration-authorized vaccines - Pfizer and Moderna," the release said on Tuesday. "This increases the total vaccine order for the US by 50 percent, from 400 million to 600 million with these additional doses expected to deliver this summer."

The release added that with additional doses the United States will have enough jabs to fully vaccinate 300 million Americans by the end of the summer.

Earlier, White House Press Secretary Jan Psaki noted that the Biden administration has been working around the clock to make progress on vaccinating as many Americans as possible.

“Increasing the vaccine supply and building increased cooperation between the federal government and state and local leaders on the ground is key to getting that done. The President will speak later today on those efforts and will provide an update on his team’s work to bolster the vaccine supply available so that we in turn can get more shots into Americans arms as quickly as possible,” Psaki said. “I’ll also add as many of you have reported there are some calls this afternoon with governors to brief them on these plans and get them an update on how we will continue to work together even more efficiently.”

Several vaccine makers, including Pfizer and AstraZeneca, have recently run into production slowdowns, reducing deliveries of the COVID-19 vaccine. Several countries in Europe and North America were most affected by the delays.

Following the January 20 inauguration, Biden signed a number of executive orders reversing several key policies put in place by the former US president, Donald Trump, including those concerning the COVID-19 pandemic.

One of the first executive orders Biden signed was to reestablish ties between the United States and the World Health Organization and add support its COVAX global vaccine initiative.

Currently, the US is the country most afflicted by the pandemic, with 25,407,414 COVID-19 cases and 424,164 deaths registered as of Tuesday, according to Johns Hopkins University.

At the moment over 7 percent of the US population reportedly has been vaccinated for COVID-19 after an additional 1.1 million shots were distributed on Monday.