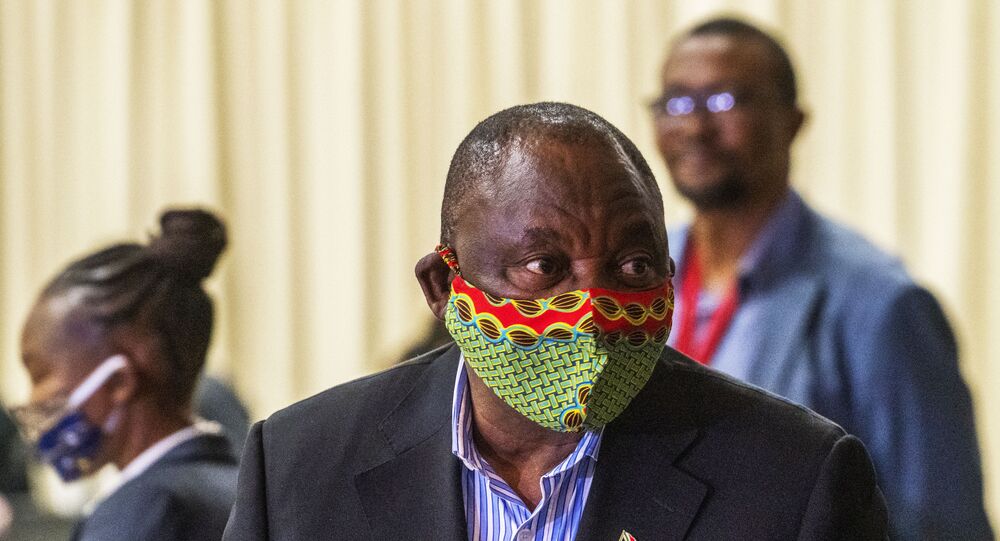 South Africa has closed 20 land border posts as it continues to combat the original severe acute respiratory syndrome coronavirus, SARS-CoV-2, as well as a new COVID-19 variant that has spread internationally after widespread holiday travel.

Speaking to fellow leaders during a virtual World Economic Forum conference on Tuesday, South African President Cyril Ramaphosa accused wealthier nations to halt their stockpiling of COVID-19 vaccines so that other countries have a fair shot at combating the highly-contagious pandemic and its variants.

"The rich countries of the world went out and acquired large doses," Ramaphosa, chairman of the African Union, proclaimed. "Some even acquired up to four times what their population needs [...] to the exclusion of other countries."

In the face of an unprecedented crisis here in South Africa and around the world, we have the opportunity to build a new economy that will be more just, more inclusive and more sustainable.
#DavosAgendahttps://t.co/COivadquee

The European Union has presently ordered some 2.3 billion doses of various COVID-19 vaccines for its estimated population of 450 million people, Reuters reported. The African Union, on the other hand, has only been able to secure 270 million shots for the entire nation, as a supplement to the 600 million doses promised by the World Health Organization and the Gavi vaccine alliance.

UK Health Minister Matt Hancock fired back at Ramaphosa's comments on Tuesday, telling reporters that his primary job is to protect British folks, not everyone in the world.

“But we’ve got to make sure that there’s broad availability of vaccines for the rest of the world too,” he acknowledged during a virtual event organized by think-tank Chatham House.

As of this article's publication, more than 1.4 million cases of COVID-19 have been logged in South Africa and at least 41,117 related deaths have occurred, according to the Johns Hopkins University COVID-19 dashboard.

The South African president's comments come alongside a series of entry bans from countries that fear a newly-identified 501Y.V2 variant - a COVID-19 that is 50% more infectious and has been identified in around 20 countries, including South Africa.

“We are adding South Africa to the restricted list because of the concerning variant present that has already spread beyond South Africa,” US Centers for Disease Control and Prevention principal deputy director Dr. Anne Schuchat detailed to Reuters on Sunday.

Research, funded by the International Chamber of Commerce and released this week, estimates the global economy could lose up to $9.2 trillion if the COVID-19 vaccine distribution is too slow. So-called 'advanced economies' would bear the brunt of up to half of those losses, claimed the Paris-based NGO.

“No economy can fully recover until we have global equitable access to vaccines, therapeutics and diagnostics," asserted study co-author Ṣebnem Kalemli-Özcan a University of Maryland, Neil-Moskowitz-endowed, professor of economics and finance. "The path we are on leads to less growth, more deaths, and a longer economic recovery.”

Covid19 Compels Us to Fight Harder for Independence not Postpone it