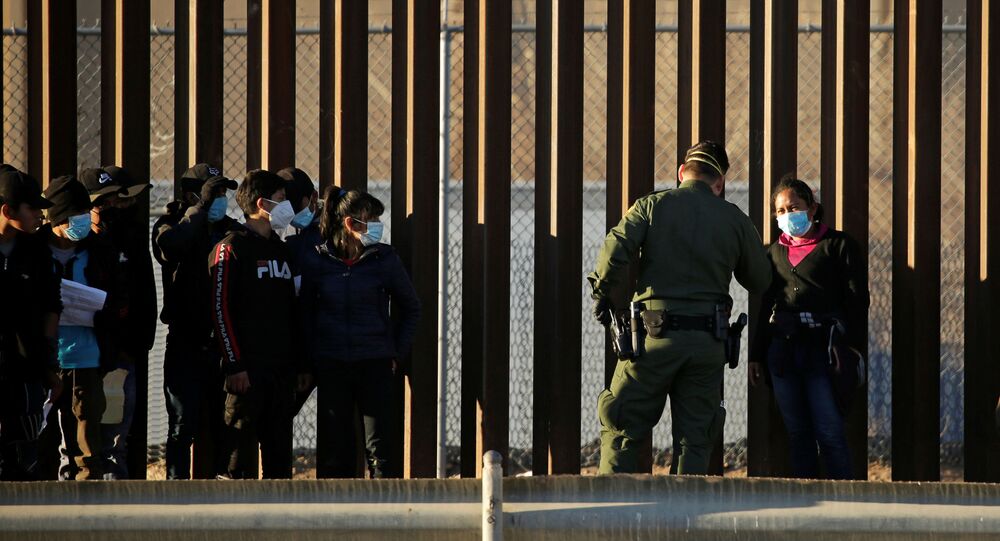 Earlier in the month, Texas Attorney General Ken Paxton filed his first legal action against the Biden administration over the initiative of a 100-day deportation freeze, accusing the president of violating immigration law and failing to consult with the border state of Texas on the matter.

The court also ordered the parties to propose a briefing schedule no later than 28 January.

​The block of the deportation freeze prompted swift reaction from AG Ken Paxton, who touted Texas as "the FIRST state in the nation to bring a lawsuit against the Biden Admin[istration]".

"AND WE WON", Paxton tweeted Tuesday. "Within 6 days of Biden’s inauguration, Texas has HALTED his illegal deportation freeze. *This* was a seditious left-wing insurrection. And my team and I stopped it."

Texas is the FIRST state in the nation to bring a lawsuit against the Biden Admin.

Within 6 days of Biden’s inauguration, Texas has HALTED his illegal deportation freeze.

*This* was a seditious left-wing insurrection. And my team and I stopped it.

​Earlier in January, in a move to undo Trump immigration policy, Biden issued a memorandum that directed the DHS to impose “an immediate pause on removals of any noncitizen with a final order of removal [subject to limited exceptions] for 100 days".

Last week, Paxton took legal action against the decision, asserting that the move breached an agreement between the state and the federal government.

"Border states like Texas pay a particularly high price when the federal government fails to faithfully execute our country’s immigration laws. Your attempted halt on almost all deportations would increase the cost to Texas caused by illegal immigration", Paxton said in his press release on 21 January.

The motion appeared to be the first legal action taken against the Biden administration, only six days after the inauguration of a Democratic president who has vowed to scrap most of Trump's policies, particularly in immigration.

Texas Governor Greg Abbott supported the move against the Biden initiative, saying that it "abandons the obligation to enforce federal immigration laws".

Biden earlier made moves against Trump immigration policies, particularly ordering an end to the construction of portions of a border wall in Texas, where the US-Mexico border lies. The Biden administration is also mulling plans to open a path for the over 11 million undocumented people living in the US to get citizenship under the US Citizenship Act of 2021 and make it easier to seek asylum in the US.

Trump, prior to the Democrat's inauguration, slammed Biden's initiatives, predicting "waves" of undocumented immigrants arriving to the border if the construction of his wall was halted.

Earlier in January, a caravan of migrants from Honduras started to make its way to the United States through other countries like Guatemala and Mexico, causing disruption at borders and prompting soldiers in transit countries to hold crowds of migrants back.

Despite assuring the migrants that "there's help on the way", Biden's team has reportedly outlined that now may not be the greatest time for the journey, as "the situation at the border isn't going to be transformed overnight."